Indonesia-based crypto exchange, Pintu recently announced it raised $11M in the Series B funding round led by an unknown investor. The platform received investment funds from Northstar Group, Intudo Ventures, Lightspeed, and Pantera Capital. The investors are bullish that Pintu is the next leading crypto exchange in Southeast Asia.

As blockchain technology takes over the world, Southeast Asia is also among the many continents that have seen a high interest in the industry. Since last year, many cryptos or Web3 companies within the region have received huge amounts of investments.

Pintu is the newest Indonesia crypto exchange launched in April 2020. The company is registered and licensed by the Bappebti regulatory agency and prides itself on “Indonesia’s leading homegrown crypto assets platform” that has been holding funding round series to develop its projects and products.

The first funding round was Series A announced in May 2021, in which it raised around $6M. Two months later, the second round, Series A+ was announced led by Lightspeed which raised $35 million in funds.

Series A+ was an extension of Series A because it needed funds to further develop the same product. The huge leap from $6M to $35M within two was quite shocking and showed the huge potential the exchange holds as a business.

Pintu’s CMO Timothius Martin explains the reasons behind this. He said, “The numbers of crypto investors in Indonesia have doubled from 6 million in the beginning of 2021 to over 12 million in February 2022 – which is about [twice] the number of public equity investors in the country.”

Pintu didn’t waste time with the funds and immediately leveled up by adding new tokens on the platform. It also introduced the Pintu Staking feature for users to stake Pintu tokens and Pintu Earn which offers 15% APY on several crypto assets. The team worked day and night to introduce many products and features for users that can facilitate them with day-to-day trading and transfers.

The exchange also introduced Pintu Academy to educate people about cryptocurrency and other aspects of blockchain technology. Martin said, “Despite the rapid growth, however, the Indonesian market is still relatively new to crypto. This makes education about crypto investment a key pillar to support the growth of the market.”

In other words, Pintu is not only working to develop its own platform but is also trying to educate the general public about the industry. Once the individuals are fully aware of how crypto works, it can help Pintu grow as an exchange as well.

Pintu holds a Series B funding round

The exchange is ready to take the next step into the market by adding up more features and tokens to the platform. Pintu team announced a Series B funding round led by an unknown investor.

The company managed to raise $113M marking its highest funding up-to-date. As of now, the exchange has collected a total of $150M funds and was valued at around $210M during the Series A+ round by the investors.

The exchange has truly proved to be the next-potential market breaker for Southeast Asia, and the investors are highly anticipating its future growth as a crypto exchange.

In a statement, Lightspeed partner Hemant Mohapatra said, “We are excited to continue our journey with Pintu and to welcome our new partner Northstar Group. Since our investment in August last year, Pintu has scaled 5x to become the country’s leading retail-focused crypto brokerage, and hired one of the strongest teams we’ve seen in this market.”

“The crypto wave is entering mainstream adoption globally and Pintu is building a generational company in this category.” He added.

Currently, four million users have installed the Pintu app, almost doubled in the last 6 months, and its social media communities hold around 790,000 users, making it an authentic crypto exchange. The users are expected to rise even more in the coming years as Pintu updates its platform with more features.

The investors are also quite optimistic about crypto’s growth in Indonesia and Southeast Asia. Pantera Capital partner Paul Veradittakit says, “Crypto adoption is happening everywhere, and Indonesia has proven itself to be one of the world’s most rapidly growing markets for crypto assets. Crypto is a global asset class, and Pintu has become Indonesia’s premier portal to gain access to crypto and invest alongside global peers.”

Pintu’s rapid growth within a few months shows that the crypto startups and companies in Southeast Asia have the capability to compete in the global market in the near future.

In the case of Pintu, the team has been quite diligent and despite the crypto crash and bear market, the investors were quite bullish in investing in the startup. With the success of the funding round, Pintu is likely to climb the market quickly and become the largest crypto exchange in Southeast Asia. 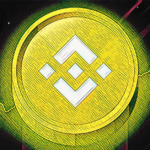 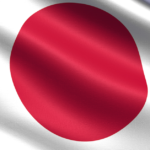