Pudgy Penguins announces partnership with Sotheby’s to hold a digital art auction for its original NFTs along with first-ever Soulbound tokens along with a rare Cole’s Penguin NFT on the platform until November 30, 2022.

Generating over 60,000 ETH in trading volume, Pudgy Penguins is one of the most successful NFT projects in 2022.

Although it was launched in 2021, the collection gained attention this year when it went through leadership changes to Luca Netz, a community member, and the project officially announced it would be making Pudgy Penguins as an IP brand with its own toys and shows.

Now, the project is moving to the next level by launching a new series on Sotheby’s for auction. The collection features NFTs and first-ever Soulbound tokens, meaning they are non-transferable tokens. In other words, the winners from the auction will receive ownership over SBTs along with the bought NFTs.

This is the first time any project is using Soulbound tokens which will forever ingrain the moment of the auction winning with NFT’s metadata even after the owner sells the NFT to someone else.

According to the official statement, the “Snowed In: A Rare Pudgy Penguins Sale” includes the Penguin #4609 NFT previously owned by original founder, Cole Thereum, which holds a deeper meaning of “collection’s rebirth and resilience of its community members,” and other exclusive penguins are also part of the auction never revealed before.

The team first revealed the trailer of the collection which shows original penguins walking against a snowy wind and they come across a huge statue of a Pudgy Penguin.

This collection holds a special place for Pudgy Penguins as it celebrates the resilience of the community to revive the project and the unity to move forward in the coming years as an IP brand.

Therefore, the large portion of earnings from the auction will be used to create The Cozy Horizon Fund, which will support different projects initiated by the Penguin community members.

The team will also be donating the remaining funds to Oceanites, an organization dedicated to preserving the life of penguins in Antarctica; this is the first charity officially done by the project.

The auction is currently in progress and will end on November 30, 2022, at 2 pm held in New York. The highest bidder will receive ownership over NFT along with its SBT.

People buy NFTs because they hold transferable value compared to SBTs which might be usually used for permanent ownership since they are non-transferable. Pudgy Penguins and Sotheby’s have come up with a new idea to auction NFTs and gift the SBTs along.

This is quite new and holds the moment of the auction forever on the blockchain. 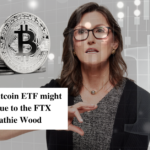 Grayscale’s Bitcoin ETF might be approved due to the FTX fallout, says Cathie Wood
Next Article 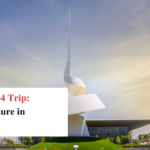