Rapper Nas enables his fans to own part of his Music through NFTs. Famous hip-hop celebrity Nas is planning to launch his Non-fungible Token. This NFT Token will allow his fans to own streaming rights for the songs “Ultra-black,” and “Rare”

Contents
Rapper Nas Enables His Fans Own Part Of His Music Through Non-Fungible Tokens.ROn First-Come, And First-Serve NFT Strategy:How Many Rapper Nas’s NFTs Will Be Available For Miniting?Words By CEO Of Royal:

Rapper Nas Enables His Fans Own Part Of His Music Through Non-Fungible Tokens.

Famous Grammy award-winning hip-hop celebrity, Nas announced the launch of his NFTs. That will allow his fans to hold a stake in his two songs “Ultra black”, and Rare”.

However, the fan who purchased and owns his song NFTs, dubbed Limited digital assets(LDAs), will get specific will receive a specific part of streaming royalty ownership. Als, based on ownership of the token.

Ultra black had emerged from Music star’s 2021 grammy award-wining album King’s disease. Whereas Rare is from the follow-up of this year’s Grammy-nominated album King’s Disease 2. This NFT drop will operate on a first-come, and first-served strategy. And these LDAs will be launched on Jan.11., 2022.

How Many Rapper Nas’s NFTs Will Be Available For Miniting?

Well, the previous song contains only limited NFTs of around 760 Tokens, whereas the latter have nearly1,110. You can buy these LDAs through Royal, an NFT music platform.

Words By CEO Of Royal:

“We’re starting off with a curated group of artists for our initial sales, but we plan on opening up the platform to more artists in the future,

Additionally, another famous rapper Eminen recently entered into NFTs by stepping into Bored Apes Yacht Club. After buying a Bored Ape NFT, now titled “Eminape” He paid a $462k price for a Bored Ape Yacht Club NFT through opensea. Not only this one the celebrity owns many other NFTs like, “Ditaggdogg #1” and  “Superlative Apes #3880” 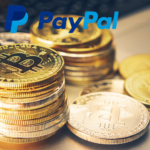 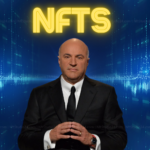