Reddit Flooded With Grieved Posts After A Tremendous Bitcoin Market Value Fall. The crypto community mourn together when the market went down because of a sudden crash. Many turn to their social media platforms to express their anger, sadness, and anxiety with others globally. People were frustrated with the state of the Crypto market and several dips appearing from nowhere every couple of months.

Redditors share their outrageous messages with their communities stating their regrets about investing in Bitcoin and being crushed by the dip. Reddit user, “imyourkingg” invested almost  30% of their net worth into Bitcoin (BTC).

According to him, he thought he won’t be needing the money for the next 5 to 10 years and will likely have enough profit in the future. But during the crash, the user is now afraid of the investment and hopes to secure it. His family now calls him crazy for investing in crypto.

Due to their volatile status, many cryptocurrencies are experiencing a historic low these days and this has made many worried. The market often experiences a bull and bear cycle resulting in extreme crashes and surges.

The best thing people can do is to become accustomed to what is happening in the market. There are multiple political and economical issues tied up with this dip.

Another Redditor posted, “bought at $60k and panicking:” Ok. So I was very new to crypto and a victim of thanksgiving dinner. But I need help should I sell or hold.

Guys, I‘ll HODL [Hold on for Dear Life], but I can’t afford to buy a lot more rn.” This tells the state in which many investors are these days and this will only end when the market gets stabilized again.

With already having a disappointing start in 2022, Bitcoin is falling up to 11.4%. Because of the dip and 44.7% from its all-time highs of $68,000 in the previous year. Many first wavers are now sitting on the thrones of fortunes and being immuned to these sudden damages.

But the condition of many investors is getting dire and dire. With each passing dip, they were not immune to such blows, especially after the summer crash.

Besides experiencing a lot of downfalls, the currency keeps on attracting more investors and around 70% of the people from the US started investing in Bitcoin after the crash happened in the summers.

What Caused this Outraged?

The last week’s crash was a result of the ongoing political turmoil in Kazakhstan. Many miners stopped mining from that specific region under the bad condition of law and order in the country.

Secondly, the policies of the US for crypto shaped much of the crash, and many thought of restricting policies to be announced by Biden’s regime.

The third and last reason is the financial reservoir and the current condition of the economies. These have drastically changed investing in crypto. Alon with these the never-ending threat of Omicron and the Covid-19 being the ultimate villain to economical stability has also wielded its impact on the crypto market.

Here at NFTStudio24, we feature the latest NFT Collections and upcoming NFT projects to help you start investing in the right NFTs. 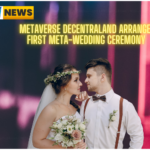 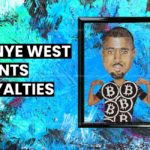