Russian ministry strongly urged to officially approve Bitcoin mining in Russia. As per the reports of the native Russian news channel. The Russian ministry urged to consider crypto mining as a commercial activity, and impose new taxes on it.

Meanwhile, the Russian government is working on a law to regulate cryptocurrency in Russia. The federal ministry of Russia presented a new proposal for the crypto miners in Russia. For legalizing crypto mining in specific regions of Russia.

On Tuesday a native News channel of Russia, Izvestia reported. That the Russian Ministry is strongly agreed with the idea of crypto mining regulation in Russia. As well, put forward a proposal to approve the crypto mining in the areas that have  “sustainable excessive electricity generation”

Here You Will Know More About The New Crypto-proposal By The Russian Ministry.

The Russian ministry proposal says to impose cheap charges on setting up new mining farms. And data centers in particular Russian regions. And serve cheap energy rates on such facilities.

The report further told that the Russian ministry urges to form limits on power usage for Crypto- mining by users. Also, proposed to introduce high energy rates on over energy consumption.

Additionally, through the presented proposal the Russian ministry wants to identify crypto mining as a commercial activity. And implement taxes on the realized profits gained from crypto mining.

Further, the Russian ministry thinks that the new rules will eliminate the risks of the crisis of power supply in residential areas in Russia.

And On Friday The central bank of Russia and the Government of Russia is also introducing a combined crypto law.

On the other hand, the central bank of Russia is against bitcoin adoption. So the dispute will remain continuous until or unless any official bill is accepted by official  Russian authorities

Stay updated on Nftstudio24.com to see where bitcoin and other cryptocurrencies will end in Russia? 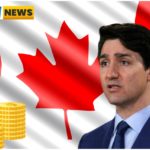 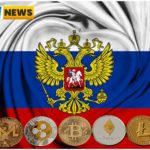