The El Salvador president, Nayib Bukele predicts that bitcoin gaining to the long-elusive six number price value. In between developing acquisition as a sovereign currency.

On Sunday Buekel tweeted, that In 2022, Bitcoin will gain $100,000. And two more countries will accept the crypto as legal tender. He further added that “Bitcoin will become a big problem in the US midterm election that will be occurring this year.”

In Sept. 2021,  the president accepted bitcoin as legal tender, traveling into uncharted waters, and drawing the outrage of international monetary funds (IMF). Also, in November, he moved a step forward. And announced his plans to begin a $1 Billion bitcoin bond with a 10-year maturity on the liquid network. Around half of the income from the bitcoin bond issue, will support the development of a new Bitcoin City, along the gulf of the Fonseca, near a volcano.

As per blockchain stream projections, the annualized yield provided by the bond could gain 146% in the upcoming 10 years. That subject to bitcoin rallying to $1 million in the upcoming 5 years.

Also, a sort of uncertain target given that the cryptocurrency is now trading at nearly $47,000 having heights of around $69,000. Doubtlessly, the Salvadoran President is a constant purchaser of the dip. That shows the belief in cryptocurrency, also long-term price probability.

However, in 2021 the bitcoin rallied up to 60%, better performing than traditional assets by a significant margin. The broadly-expected price target of $100,000 stays elusive. And all credit goes to the US Federal Reserve’s Hawkish shift.

Additionally, Bukele anticipates bitcoin to regain its charm in 2022. Some analysts envision cryptocurrency as underperforming coins connected with layer1 blockchains. Such as Etherum, Avalanche, Fantom, and Solana. Moreover, a  Singapore- based QCP capital advised diversification out of bitcoin, and into a basket of layer 1 coins as one of the trades for 2022.

The chief investment officer at Arca funds, Jeff Domain. Recently said that thematic investing is anticipated to drive most gains in 2022.

“From an investment standpoint, Arca remains thematically focused on Defi, sports and entertainment as it pertains to fan engagement, gaming, and NFTs, and Web 3.” 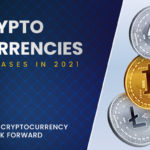 Which Currencies are Going to Release in 2021?
Next Article 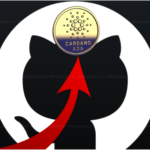