Sam Bankman-Fried breaks his month-long silence on Twitter by tweeting a link to the news about the fund movement to deny any involvement with the transfers from Alameda Research. He claims he doesn’t have access to any money.

SBF who was recently released on $250 million bail currently resides in his parent’s house and is hiding from the creditors. The issue arises when the day the bankrupt billionaire was released, a suspicious movement occurred in Alameda when its linked wallets swapped Ethereum-based crypto tokens for Bitcoin.

These wallets had no activity for months but suddenly, they were actively processing transactions using decentralized exchanges.

Although FTX is being handled by new management led by John J. Ray III as it continues to locate the missing funds despite no accountancy department, many speculated SBF still could approach the assets; however, today he denied such allegations.

According to him, “legit legs of FTX” can access these funds and they might be involved in the transfers. He also hoped that it wasn’t in the hands of someone who isn’t. No one is sure who is behind this sudden activity.

On the other hand, Bahamas Authorities claim they hold custody over $3.5 billion of FTX’s customer assets, which will soon be returned once the court orders. 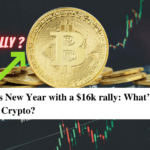 Bitcoin opens New Year with a $16k rally: What’s the future of Crypto?
Next Article 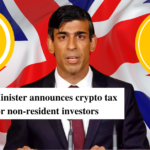