Billboard ChartStars is the latest NFT project by Billboard powered by Unblocked, built on Flow blockchain.

The brand is made for fans to collect NFTs of their favorite artists celebrating the biggest moments in music and also receive IRL rewards. These rewards can be physical interaction, concert tickets, Billboard-exclusive event access, etc.

Billboard is widely known to have a wide range of artists on its platform. With NFTs, the media company will lead artists into the Web3 world and establish itself in it as well.

Sam Smith is a well-known global artist who has been making hits after hits in the music industry. Billboard ChartStars has partnered with Sam Smith to bring fans exciting digital collectibles that they can hold on to for life.

Usually, in the music industry, fans love to collect items that are made by or close to the artist. Since Billboard has been involved with the music industry for decades, it deeply understands the fan culture and overall music market.

Billboard ChartStars is now utilizing its experience to bring an NFT collection featuring some of the most precious moments in Sam Smith’s music career on Billboard chart HOT 100 and HOT 200 for fans to buy and keep forever.

Based on the trailer released, the NFTs are 3D cubes featuring Sam’s album covers, music video, and the achievement on the billboard charts

To buy the NFT collection, you need to first make an account and connect the crypto wallet to the official website. The minting date for the NFT drop is on August 17, 2022. 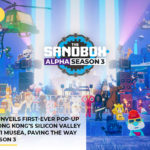 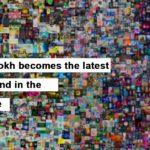