A recent affidavit signed by Sam Bankman-Fried reveals he and Gary Wang borrowed $546M from Alameda Research via Emergent Fidelity shown as “working capital” to buy shares of Robinhood, granting him 7.6% shareholding ownership.

In the recent news, SBF declared that he borrowed half a billion dollars from Alameda to buy these shares.

“I confirm that there has been no change in the shareholding and that the shares are still legally and beneficially owned as to 90% by me and 10% by Gary,” the court documents reveal.

HOOD recently dropped 90% from its initial price, causing a huge loss to all its investors including SBF and BlockFi, which are now acting as a creditor of those stocks.

In the case of BlockFi, the CEO of Alameda, Caroline Ellison pledged to sell Robinhood shares in an over-the-counter deal as collateral for its debts and to save the crypto lending platform from insolvency.

With the platform going bankrupt, it filed a lawsuit against SBF over the HOOD shares. A few days ago, SBF requested the judge to cooperate with him in freezing Robinhood (HOOD) assets. In the background, FTX’s new CEO John J. Ray III also proposed a motion to pause the stocks as a creditor.

The whole issue over shares is tangled up. Following the recent filing, the creditors await the judgment of the court as it will further investigate the ownership of the stocks.

By signing up, you agree to our Terms of Use and acknowledge the data practices in our Privacy Policy. You may unsubscribe at any time.
news room December 29, 2022
Share
What do you think?
Love0
Sad0
Happy0
Sleepy0
Angry0
Dead0
Wink0
Previous Article 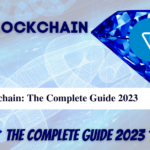 A Complete Guide to TON Blockchain in 2023
Next Article 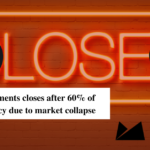