The U.S Securities and Exchange Commission rejected yet another spot bitcoin ETF application on Friday submitted by One River Digital. The department reasoned that the carbon-neutral Bitcoin (BTC) ETF application failed to comply with the standard set for exchanges by raising concerns over fraud-prevention measures.

The exchange-traded fund (ETF) application was submitted in May 2021 with the intention to offer the One River Carbon Neutral Bitcoin Trust to be listed on NYSE Arca. Initially, SEC extended the decision for the spot bitcoin proposal to June 2, 2022.

However, the decision came earlier than expected and it came with firm rejection. The SEC argued that the proposal failed to convince the commission about its preventive measures against frauds and protect its users and investors from manipulative practices.

Want to purhcase an NFT? Here at NFTStudio24, we feature latest NFT collections and upcoming NFT projects for you.

The Wall Street regulator has rejected many similar ETF applications while raising the issue of security and privacy. The blockchain industry has been suffering from scams and fraud at a high scale, which might also be the reason why SEC rejected the proposal.

For the One River Spot bitcoin ETF proposal, the agency specifically explained: “The Commission emphasizes that its disapproval of this proposed rule change does not rest on an evaluation of whether bitcoin or blockchain technology more generally, has utility or value as an innovation or an investment.”

The commission also added the company should provide them with proof that “it has a comprehensive surveillance-sharing agreement with a regulated market of significant size related to the underlying bitcoin assets.”

One River Digital is a fund manager startup founded in 2020 by Eric Peter who is also the founder of One River Asset Management, that provides users with absolute-return strategies to build and track their portfolios. The company is backed by billionaire Alan Howard, the co-founder of Brevan Howard Asset Management, a European-based hedge fund manager.

One River spot bitcoin took an environment-friendly approach. In the paperwork, the company detailed it would buy and get rid of carbon credits to account for the emissions related to bitcoin. The company went to the extent of partnering with an Uruguay-based firm, Moss Earth, to offset its carbon footprint through MCO2. Read more about Green BTC here.

One River Digital isn’t the only one to face spot bitcoin ETF application rejection, many ETF proposals for spot BTC failed to get SEC’s approval including, Fidelity Investments, NYDIG, Global X, Skybridge Capital, and others.

Most of them haven’t said much about the rejection, except Grayscale which recently launched a campaign to push the SEC in accepting its digital-asset-based ETF proposal filed under the Securities Act of 1933, which is different from the other Futures BTC ETF that used the Investment Company Act of 1940 for approval.

The company threatened to sue the SEC in case the commission rejects the proposal. Michael Sonnenshein, CEO of Grayscale, in an interview with CNBC, said, “If the SEC can’t look at two like issues, the futures ETF and the spot ETF, through the same lens, then it is, in fact, potentially grounds for an Administrative Procedure Act violation.” Now Grayscale awaits the decision that will probably arrive by July from the SEC.

The commission has already given green light to all future-based bitcoin ETFs. Following its approval, many believed that the commission might accept spot bitcoins as well, but that proved to be wrong.

Since Grayscale is more than ready to sue SEC for discriminating between future-based BTC ETF and spot BTC ETF, the investment companies might see some improvements in their proposal decision. However, nothing can be said as of now. 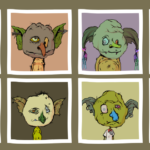 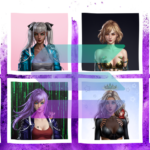