Shiba Inu recently launched a SHIB burning portal to enable users to burn their coins in exchange for rewards. The team aims to decrease the supply and increase the scarcity of the SHIB coin in the long run.

Shiba Inu is a memecoin project launched in the Shiba ecosystem as a joke to rival Dogecoin. It was launched in 2021 and gained more than 43 million views, becoming one of the most popular crypto coins in the world.

The popularity brought more and more investors, eventually, the coin increased in supply lowering its worth in the crypto market.

As an altcoin, SHIB performed quite well compared to others; therefore, the Shiba Inu developers decided to increase its worth by launching a Burn portal.

Burning in crypto terms is defined as the process of burning crypto coins and sending them permanently into wallets, never to be retrieved. In other words, the burned coin is sent to a dead wallet address.

Burning decreases the supply of a coin, which in return increases the coin’s scarcity in the market.

Shiba Inu released a Burn portal in partnership with Ryoshis Vision, an Ethereum-based DeFi project for SHIB ecosystem development, to let coin owners burn their coins in exchange for passive rewards. The users send SHIB tokens to the dead wallet and earn the “BurntSHIB” token.

Users can stake the BurntSHIB tokens to get RYOSHI tokens at a variable rate, another token created by the Shiba Inu community.

In a way, the users receive two incentives for burning SHIB, one is increasing SHIB’s worth, and the other is receiving RYOSHI tokens.

Before the launch of the Burn portal, Vitalik Buterin had already burned $6.7B worth of SHIB and gave the rest of it to charity. However, the portal brought massive burning at a large scale, which is speeding up the process for the team.

According to various sources, when Shiba Inu announced the Burning portal, the meme coin experienced huge traffic on the market.

A total of 8 million SHIB tokens were burned in the first 24 hours of the launch.

Currently, 410 trillion SHIB have been burned, which is 41% of the total supply, which is a big achievement for Shiba Inu.

Rise of the scammers

With the increase in burning, the scammers are also attacking people by spoofing the Shiba Inu: deployer 2 wallet.

SHIB developer Kaal Dhairya warned users about a bug that was inserted into the wallet that can manipulate who sent or received tokens from the deployer.

He said, “The scammers / clever marketers make use of programming to fool a lot of people of millions, sometimes more malicious code could drain your wallet on approval of the token, we see this every time and it breaks our heart as we can’t do anything about it for them.”

Although the prices of SHIB haven’t been greatly affected by this, the altcoin is successful in increasing the scarcity of the coin.

As more SHIB is burned, the coin is expected to reach $0.001 before BTC hits $100,000, according to a survey conducted by Benzinga.

There is no evidence of the burning increasing the coin’s worth but many people are optimistic that the SHIB coin will rise in the near future. The Shiba Inu team believes that SHIB will become “one of the best digital assets in the history of cryptocurrencies.” 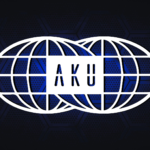 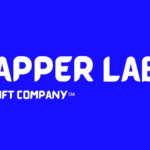