Snapchat to introduce an NFT feature on its app. Users will be able to use their NFTs as AR filters on Snapchat. According to Financial Times, Snapchat seems to be experimenting with its reach into the NFT world. The app will begin testing next month with selected artists.

As the NFT market continues to recover from the crash, many tech companies are entering the industry by introducing new NFT features to their existing applications. The process has sped up after Meta announced it will be releasing the NFT feature on its social media platforms.

Meta first began its experiment on Instagram by testing with selected NFT creators on the U.S server that would enable users to upload and share their digital collectibles on Insta feed, Insta Story, or DM to other users. The test phase was a success and many NFT enthusiasts widely adopted this feature.

Seeing the positive response on Instagram, Meta announced testing on Facebook with the same pattern. Currently, Facebook is still in its experimenting phase with selected creators.

Similarly, Reddit released its own NFT marketplace featuring avatars as digital collectibles that users can buy. Twitter also enables users to display NFTs as profile pictures on its platform.

Prior to the assumption that NFTs might be a hard concept to grab, people are now more than ready to buy and trade digital collectibles in the last few years.

Despite the bear crypto market, the NFT community seems to be thriving with new projects, features, updates, collaborations, and partnerships happening within the industry.

The sudden increase in NFT popularity has definitely increased the probability of traditional companies adopting blockchain technology in their models. Snapchat is also not behind in all of these developments.

Snapchat steps into the NFT space

Snapchat has always been a trendsetter in social media. In fact, Snapchat is the first app to introduce the concept of “Stories” that disappear in 24 hours. After that, almost every social media platform started adding the feature to their apps.

Furthermore, even though filters have always existed, Snapchat took the AR technology to introduce new filters never seen before, opening a new market and possibility for digital artists and AR companies.

Now, Snapchat is taking the NFT initiative by enabling artists and collectors to showcase their digital collectibles as AR filters.

According to a leak, Snapchat will use a separate platform where artists will mint their NFTs and then import them to Snapchat Lenses to become AR filters.

Snapchat already has this import feature that enables artists to create AR filters on their own, but with the NFT feature, the collectors can utilize their NFTs as AR filters instead of just keeping them in their wallets.

Additionally, the artist-created NFTs will also give ownership to users who want to buy personalized filters.

The concept of digital ownership is quite exciting because digital artists can finally sell their artwork without the fear of being plagiarized or used inappropriately. Snapchat believes this new feature will enable artists to monetize their artwork by selling their NFTs on the platform.

Like many other social media apps with the NFT feature, Snapchat won’t charge anyone, just provide a platform for the artists.

Snapchat probably won’t stop with just introducing the NFT feature. The app wants to think outside the box and explore various possibilities within the blockchain technology that could enhance its existing features or add new ones that could benefit the users in some way.

As a rivaling social media app, Snapchat is making an effort to stay on top for a long time. The idea for the NFT feature came just after the release of a paid subscription plan called Snapchat Plus.

As of now, Snapchat hasn’t released many details about the NFT testing phase but is expected to officially announce it in the coming weeks. 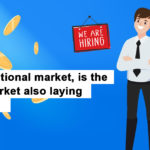 After Traditional market, is the Crypto market also laying off jobs?
Next Article 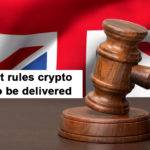