Bitcoin whales are mysterious animals because in a blockchain world of pseudonymity we only see them when they move. Last year and this year as well, Bitcoin.com News has hunted a specific whale entity that spent thousands of bitcoin mined in 2010.

Every single time the whale spent the decade-old bitcoin that sat idle the whole time, the entity spent exactly 20 block rewards or 1,000 BTC. After the transfer, the wallets holding 1,000 BTC dispersed the funds into smaller-sized wallets.

According to the creator of btcparser.com, the close to 20K BTC transferred at block height 707,639 on November 1 shared similar splitting mechanics with the “20×50 awakenings.” The blockchain parser’s owner would guess that the entity spending the two transactions could be the same person or organization.

After the funds were sent, the nearly 20K BTC was split into 200 wallets with 100 BTC each. Then the bitcoin whale’s funds were split again into much smaller wallets until they finally consolidated into different amounts.

Data from blockchair.com’s Privacy-o-meter for Bitcoin Transactions tool shows the wallet that sent the 9,975.31 BTC got a score of 60 or “moderate.” This is because matched addresses were identified and blockchair.com’s tool notes that “matching significantly reduces the anonymity of addresses.” The 9,900.87 BTC spend suffers from the same tracking vulnerabilities as matched addresses were also identified.

Alongside the close to 20K BTC transfer in two separate transactions, 59 blocks later 50 sleeping bitcoins that had sat idle since April 28, 2011, were transferred at block height 707,698. The 50 BTC sat idle for over ten years since the day they were mined and when they were transferred, the exchange rate for the block reward of 50 BTC was just over $3 million.

Blockchair.com’s privacy tool indicates the transaction got a score of 0 or “critical.” A critical score means that the tool “identified issues [that] significantly endanger the privacy of the parties involved.” 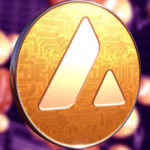 NFT Kya Hain: Salman Khan to McDonald’s, all are Launching NFTs. Should you Invest in Crypto Tokens?