Star Atlas, a space exploration strategy game, recently announced a “Game Jam” Contest on The Sandbox metaverse platform. Creators can now create their own Star Atlas-inspired game and submit it until November 13, 2022, to win exciting rewards.

The Sandbox is a creator’s place to unleash their talent and earn a passive income within the metaverse. Being one of the fastest-growing digital spaces, this platform has been actively bringing more and more NFT/Web3 projects on board.

As part of its Alpha Season 3, The Sandbox announced many events and contests that players can participate in to win rewards.

Star Atlas announced a Game Jam Contest between creators to pick out the best-produced Star space-inspired game. The game will reward 30,000 SAND, the native token of The Sandbox, and other prizes to top entries.

Star Atlas team also announced judges will be picking one winner each for the following categories:

The winners from the categories will receive 7,500 SAND each, 3 Game Keys, 3 Fimbul Airbikes, and 3 Fimbul Lowbies.

The Game Jam contest will begin from October 17 until November 13, 2022, at 3 pm UTC. After that, the voting for the submitted projects will take place from Nov 14 until Dec 11. The winners will be announced on December 17, 2022.

How to enter the contest?

If you’re a creator or artist, this is a great opportunity to enter the metaverse and establish your career with the contest; however, to enter, you need to follow some guidelines:

Based on the official website, the entry must be designed using Game Maker software, a tool by The Sandbox. The entry should have playability instead of just being a concept; the players should actively do quests and challenges in the game.

The entry can have personally-created digital assets and shouldn’t be a copy of already existing games. Low-quality experiences might disqualify participants from the contest as well.

The entries will be judged by The Sandbox’s staff and Star Atlas staff to pick the winner, so it’s important to follow all the guidelines for submission.

If you’re interested in the Game Jam contest, enter your email here and here to get started! 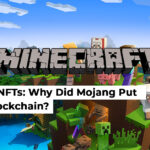 Minecraft NFTs: Why Did Mojang Put Ban On Blockchain?
Next Article 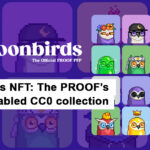