The dogecoin foundation finally presented its first roadmap in As a part of its roadmap, they announced 8 new projects. However, it is hard to believe, that existing in this era of 2021 without any roadmap.

Contents
The Dogecoin Presented Its First Roadmap:  What Does This First Road Map Contain?Gigawallet Another Project Affiliated With The Roadmap :

The Dogecoin Presented Its First Roadmap:

The creation of Dogecoin started as a joke by two software engineers. These two engineers were Billy Markus and Jackson Palmer. In 2013 created a payment system as a joke in the fun of cryptocurrency.

Dogecoin is also known as the father of the meme coin. After a decade later, Dogecoin developed its high place value in the crypto market within a few years. And currently standing as the 12th largest cryptocurrency in the market with a market capitalization of over $12 billion.

What Does This First Road Map Contain?

So after 8 years, the Dogecoin foundation presented its road map. The Dogecoin creator Billy Markus, recently posted on his Twitter account about the significant information about the meme coin.

He said that meme coins will always remain a community-based cryptocurrency. The developers of the project will be responsible for its maintenance, instead of acting like rulers. Doge coin’s decision and direction will always remain under the authority of its community.

Dogepedia As The New Feature Of First Project Of Roadmap:

The 8 projects are affiliated with its roadmap. Also, the first project is to give a new look to Dogecoin.com. The website will pass through a full alteration procedure. Plus a new feature “Dogepedia” will be added to it. In this feature, you will get helpful resources about the crypto space collected from the whole of the internet.

Dogepedia will streamline data for the community. Furthermore, you will see a section of the Q&A, where you will get answers to all your queries, thus excluding the FUD. Lastly, The first look of the website will be visible in 2022.

Gigawallet Another Project Affiliated With The Roadmap :

Another big project is Giga Wallet. An open-source, mobile-first ready-to-deploy API solution. It will allow developers to add dogecoin transactions to their payment platforms, at a fast pace as any high-quality payment provider performs. Thus the developers believe that this Gigawallet project will increase the adoption rate of DOGE amongst retailers, game developers, and social media platforms.

Besides it, the road map has the plans for community staking (POS) down the line for the meme coin. Another project for the remote locations is also known as Radio Doge. That will allow users to access radio nodes.

Along with these updates, Dogecoin will follow the “meme coin” tagline. And turn in blue-chip crypto that will be under the control of the community.

Note: We are not any financial advisors, so do your research before investing in crypto and NTFS. Our content aims to keep you updated with the latest affairs on cryptocurrency and NFTs. 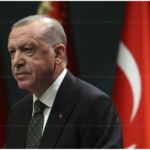 Turkey Prepared Its Crypto Law To Present To The Parliament Soon.
Next Article 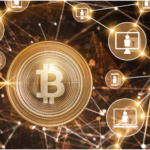