The Holoverse released an iteration of Leonardo da Vinci’s La Bella Principessa in the form of HNFT or Hologram NFT. The company uses a small contract to give proof of ownership to the buyer. The HNFT will be live for auction on 21st April 2022.

The evolution of digital art is here. It began with NFT, now it is NFT 2.0, or as The Holoverse names it: HNFT or Holo NFT.

Holo NFT originates from the idea of holograms and NFTs combined. The Holoverse is the first company to introduce this concept of showcasing technological advancement and historical art in a safer yet original form.

Holo uses small contract blockchain technology to give ownership and authenticity to the buyer without physically damaging the physical masterpiece.

According to The Holoverse, “Our company is focused on acquiring priceless art masterpieces and transforming them into something unique and never seen before, giving a new form of fruition to the artwork. By scanning the QR code on the label, it is possible to consult the smart contract, and verify the artwork’s authenticity and uniqueness.”

Leonardo da Vinci’s La Bella Principessa is one of the most precious art pieces in the world. The artwork illustrates the portrait of Bianca Sforza, a young Milanese aristocrat in a beautiful renaissance dress.

“The piece is believed to have been taken from an important manuscript about Francisco Sforza, the founder of the ducal dynasty of Milan, and his family.”

The portrait was made on commission for the Duke of Milan, Ludovico Sforzato, “to celebrate the marriage of his beloved but illegitimate daughter,” known for her beauty. She died due to pregnancy complications at a very young age, but her portraits remain. Leonardo’s artwork is her last portrait.

The portrait is especially for historians and collectors because it holds the heritage of the Sforza dynasty.

The original canvas of La Bella Principessa is “a portrait in pastel and chalk on vellum.” Due to its delicacy, the art piece is rarely exhibited by curators; it has only been displayed three times since its discovery in 1998. Currently, “The original work is under lock and key held in the Geneva freeport.”

However, now the world will witness the beauty of Leonard’s unique art through the half-a-billion-pixel 3D hologram encased inside a crystal glass. As The Holoverse team says, “…the hologram creates another life for work in the physical world.”

Craig Palmer, a collaborator, and CEO of MarkerPlace expressed his experience with the HNFT. He said, “When I saw this piece in person, I was astounded by the amount of detail the hologram provides. This technology creates a whole new experience when it comes to viewing artwork. Nowhere else can you see such minute details of an Old Master, and zoom in at will to really see the texture of the lines and canvas.”

HNFT of La Bella Principessa is a:

The Holoverse used the latest technology and tools to showcase this artwork and make it as realistic as possible without damaging the original canvas. The HNFT is so detailed that viewers can also see da Vinci’s fingerprints when zoomed in.

The Holoverse’s CEO Andrea Prince says, “This painting is not on permanent loan to a museum, and very few have been able to see it. Now someone can have it displayed in their home or office in the physical realm while unlocking new capabilities for viewing it in the digital world.”

The Holoverse is “a brainchild of Laserman Industries, a live performance technology group who have extended their holographic capabilities into the world of digital art.”

The company’s La Bella Principessa HNFT has legal rights in collaboration with the private owner and Italian company, Scripta Maneant.

La Bella Principessa is set to go live at auction on the 21st of April with a starting bid of $100,000. Currently, people can view the Old Master artwork on MakersPlace.

Here at NFTStudio24, we provide the latest NFT and crypto NEWS — additionally, — we also feature the latest NFT projects and upcoming NFTs that you can make part of your collection or generate profits at reselling.

By signing up, you agree to our Terms of Use and acknowledge the data practices in our Privacy Policy. You may unsubscribe at any time.
Share
What do you think?
Love1
Sad1
Happy1
Sleepy1
Angry0
Dead1
Wink1
Previous Article 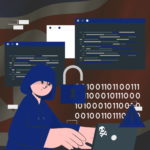 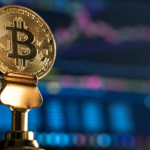