“You hear crazy stories of people making millions and billions. But for every person like that, 10,000 and 100,000 people are getting their a** handed to them in Shiba Inu. However, that is not a proper investment.” stated the real Jordan Belfort of “the wolf of wall street”

Contents
Why The Real Jordan Belfort Of The Wolf Of Wall Street Alerted Investors Against Meme Coins: The Market Value Of The Meme Coins, Dogecoins And Shiba Inu Coins:

Jordan Belfort, was the Ex-Stockbroker. The Iconic Hollywood Movie “The Wolf Of Wall Street” was his biopic. In which famous Hollywood actor Leonardo Di Caprio performed the Role Of Jordan Belfort. Recently, in an interview, He alerted crypto – investors about Meme coins, Dogecoins, And Shiba Inu coins.

Why The Real Jordan Belfort Of The Wolf Of Wall Street Alerted Investors Against Meme Coins:

Jordan Belfort was a stockbroker, presently a motivational public speaker. A director of Hollywood, Martin Scores has chosen Belfort’s real-life story for the movie “The Wolf of Wall Street “. He has warned recently the crypto-investors in an interview with The Sun. He advised not to invest in meme coins like Shiba Inu and Dogecoin.

In his real life, Belfort founded Straton Oakmont which works as a hype room, that marketed the penny stocks. Consequently, they fraud with investors with the “Pump and Dump Stock Sales” scheme. However, he asked for forgiveness for the fraud claim in 1999. Unfortunately, end up imprisoned for 22 months.

He is now a motivational speaker and recently said in a talk show in 2014 held in Dubai.

“I got greedy and greed is not good”

In a recent interview, on Thursday. The Former broker Jordan Belfort warned the business investors not to invest in the Shiba Inu and Dogecoin:

Jordan Belfort, a real-life character from the movie “ The wolf walls street” has alerted the investor to avoid purchasing the Dogecoin And Shiba Inu Meme Cryptocurrency.

He also said that :

“I am a fan of blockchain but there is a lot of nonsense. A lot of shit coins, which are aimless. And only there to separate people from their money.”

Belfort said in an interview with the Sun that:

“You hear crazy stories of people making millions and billions. But for every person like that, 10,000 and 100,000 people are getting their a** handed to them in Shiba Inu. however, that is not a proper investment.”

The Market Value Of The Meme Coins, Dogecoins And Shiba Inu Coins:

In addition, he said that “people are taking the benefits of the unmanaged crypto market and creating shit coins that are worthless and valueless.”

He emphasized that “ people should cease in the prison seriously, they are not legalized”

There is no other way they are ever going to work. I think that someone ends up getting indicted for this stuff”.

“The sooner the government step in, the better it is for crypto because when authorities begin to regulate a dark market it gets bigger and better”

If you enjoyed reading our news then you should dare to leave comments and your feedback in the comment sections. And please share our news in your circles to help us grow. 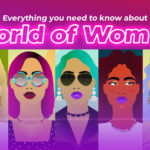 Everything you need to know about World of Women
Next Article 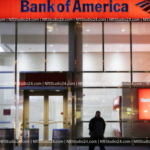 Bank Of America Sees Metaverse As A Tremendous Opportunity For Crypto-Holders.