The strike app in Argentina will not support Bitcoin. The firm proclaimed about its expansion in Argentina, a week prior. Additionally, they will support the tether’s stable coin and will not backup Bitcoin.

The Strike App In Argentina Will Not Support Bitcoin:

After three days of the Company’s announcement about Launching its services in Argentina. The lightning network-based app Strike is only available for supporting Tether’s stable coin in Argentina, Latin America.

Furthermore, the users Of the app in Argentina, claimed that they haven’t the convenience to buy, sell, and hold the bitcoin. As compared to the strike users in other countries.

As well, the company has not specified that they will only support Tether. While making its service launch announcement on Tuesday.

Moreover, a recent tweet by the strike proclaimed about its moving into Argentina with CEO and founder Jack millier assuring “a superior financial experience.” further including that “ strike would use the world’s open monetary network, Bitcoin, to provide hope to the Argentines.

However, the strike’s entry into Argentina is a part of a broader initiative to spread into Latin America. The company told that by this initiative the people would be able to make remittance payments, receive bitcoin tips on tweeter, and peer-to-peer transfer services.

The Strike company avoids answering the Coindesk appeal for details about the use of Tether  (USDT) on its platform in Argentina.  As well, at the time of reporting the firm had not addressed users’ complaints on its official tweeter or at its website.

A native user of Argentine named Nicolas told Coindesk. That the strike app accepts bitcoin payments but instantly changes the cryptocurrency into USDT. And he said that the strike wallet only carries USDT. Another user Adam complained via his tweet. That the app was a “disappointment” further elaborates that the app is a custodial wallet. And that runs only with Tether beneath the ERC-30 standard of etherum.

Further, the user adam tweeted that the strike app has on, and off-ramps that permit its users to connect to the cryptocurrency. For example, sending USDT and getting Bitcoin by the lightning network.

Next, Nicolas tweeted that he was able to transfer funds from his own strike wallet to exchange in Argentina. After which he got bitcoin. 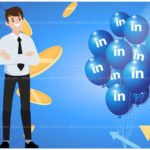 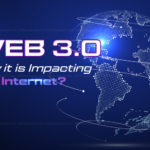 What is Web 3.0 & How it is Impacting the Internet?
Leave a comment