Contents
CoinMarketCap Answered On The Topic Of Three Ethereum Addresses Removal:Shiba Inu Community Letter:Massive Hack Of 2022 So Far On WormHole TokenBridge:Tweet By CoinMarketCap:

While the other SHIB Token ERC-20 appeared present on the CoinMarketCap. Additionally, three weeks back a great blast occurred on Twitter. As Shiba Inu creators claimed,

“ CoinMarketCap intentionally listed the three fake contract addresses for “ SHIB.”  Do not follow these addresses as you will lose your  funds,  and never ever will be able to recover.”

CoinMarketCap Answered On The Topic Of Three Ethereum Addresses Removal:

Additionally, the alert is still visible on the homepage of  SHIB Token on the website. But, the CoinMarketCap has not yet revealed the cause of eliminating wormhole addresses.

The official Shib account tweeted on Jan.19 for announcing – that they are glad to inform their community. That CoinMarketCap has contacted Shiba’s developer team. And presently, the discussions with CoinMarketCap are going on related to the recent event correlating to wormhole contracts. In addition to this, the official Shib advised its so-called Shibarmy to stay calm and act professionally.

Moreover the co-founder of Etherum, Vitalik Beutrin posted his comments in this regard that “51% strikes on a single small-cap chain in a network of 100 interconnected blockchains could develop throughout the system because of scalability”

Massive Hack Of 2022 So Far On WormHole TokenBridge:

A week back,  the Wormhole token bridge faced a great robbery of 120000 Wrapped etherum tokens(wETH) wiped off from the platform.

And, these stolen Wrapped etherum tokens were worth nearly $321 dollars at the time of the hacking.  As well, the stolen Tokens were transferred to the hacker’s Solana and Ethereum Crypto wallet address.

Moreover, the Shiba Inu Developers claimed that the CoinMarketCap responded immorally all over their correspondence. The bad condition communications, and use of “display of erroneous contracts”, “irrelevant social media links,”  “Incorrect of circulating supply,” etc. Just to clarify to maintain the claims that contracts are fake.

“For the avoidance of doubt, the addresses are not malicious. There is precedent for us to publish the contract addresses for wrapped assets because it would ultimately streamline the user experience and facilitate cross-chain transactions.”

“CoinMarketCap has refused to communicate with the SHIB team on updates to the token page and willingly allowed malicious actors to vandalize our listing. The defense team at SHIBA INU is extraordinarily disappointed by the lack of professionalism at CoinMarketCap. A supposed pillar of integrity in the crypto community. We are in contact with CoinMarketCap to have their mistake corrected promptly.

The conclusion of this issue is that the SHIB Army should act pro and calmly. And CoinMarketCap should inform the Shiba Inu team before vanishing the three etherum addresses from its platform. Further, both should resolve their issues through proper communication. 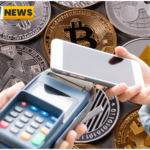 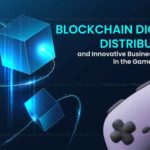 How Blockchain Digital Distribution has Innovated Business Models in the Gaming Industry?
Leave a comment