2022 was the year of consistent building and believing in the blockchain. During this time, 4 governments have been highly involved in creating a Web3 hub, seeing the huge business and economic potential it holds for them.

Despite the bear market last year, there are the top 4 countries that are leading the Web3 hub this year:

Probably the most optimistic country of all, the UAE government and businesses have been involved in promoting and educating its public about the newly emerging technologies. According to the Crypto Oasis Ecosystem Report, 1,450 Web3 organizations are active in the last quarter of 2022 with 7,000 individuals working in the space.

In 2023, the Gulf country will be moving forward with its plan to build a metaverse economy and welcome Web3-based companies to operate fully under regulations set by Virtual Assets Regulatory Authority (VARA).

After the successful launch of its metaverse city with its own digital economy built on blockchain, government officials have positive lookouts for Web3 and fintech by designing policies. It recently also launched 2 crypto ETFs to open doorways for business growth.

Yat Siu, the chairman of Animoca Brands, and Changpeng Zhao, the CEO of Binance, believe in Hong Kong’s ability to become the ultimate virtual asset hub in 2023.

Yet another Asian country that takes the lead in becoming the Web3 hub is Japan. Prime Minister Fumio Kishida recently commemorated a policy office focused on Web3. This department under the Ministry of Economy, Trade, and Industry proposes policies in favor of blockchain adoption.

Based on the Blockchain Council report, Japan ranks #1 among the top 10 countries leading in the blockchain industry. While the research by the Japanese Financial Services Agency shows over 3.5m users are interacting with cryptocurrencies and digital assets.

Now the country is accommodating Web3 startups and companies to develop products and services. In 2023, Japan will implement better policies and empower companies to become the ultimate Web3 hub in the world.

According to the Chainalysis report, Brazil ranked 7th among the fastest crypto-adoption countries in 2022. Brazil is also one first to introduce a regulatory framework in 2022 officially by former President Jair Bolsonaro.

The country is ready to welcome centralized/decentralized exchanges and DeFi platforms to establish themselves this year. Although the bill doesn’t define crypto as a tender, it recognizes virtual assets. The new law gives licenses to digital asset service providers to avoid fraud and make investigations easier for Brazil’s Securities and Exchange Commission.

Overall, governments of the above-mentioned countries remain optimistic about the new era of the internet. Instead of leaving it in the air, the officials have taken the responsibility to regulate and promote this new technology in their respective countries. 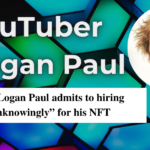 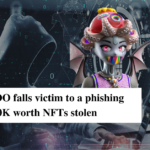