Toys R Us, the previously bankrupt global toy brand is coming back by launching NFT initiatives in partnership with creative agency Anybodies and Magic Eden, a marketplace on the Solana blockchain.

Recently, the company revealed a “blueprint” which means the roadmap of its NFT project, and also announced its first collection of digital collectibles will be dropped on December 9, 2022.

The 10,000 NFT collection will be based on its original character, Geoffrey the Giraffe designed by Anybodies by utilizing NFC, AR, and NFT technology to give buyers ownership over their toys.

According to the official blueprint, once the collection sale is done, the collectibles will be staked to earn SPL tokens, $GCoins, along with VIP access to IRL events, online & in-store shopping, playing with toys, and once-in-a-lifetime opportunities.

Currently, the early bird sale and Anybodies holders sales of the Toys R Us NFT collection is sold out while the private sale on Magic Eden is still in progress.

Toys R Us also plans to launch limited edition physical toys of the NFT counterparts in a campaign collaboration with different famous projects in the Web3 space. New games and experiences will also be revealed.

The toy company seems to be going all out with its Web3 initiatives as it also announced a marketplace launch where users can buy, sell, and trade both digital and physical toys.

Toys R Us reviving is the best news for everyone because it holds a special place in every adult’s childhood. Having existed for 70 years, the company is pushing a newer technological initiative, giving people a chance to collect their favorite toys on a blockchain. 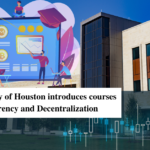 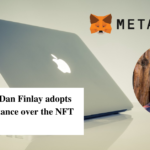