TRON founder and Huobi Global advisor Justin Sun says he’s bullish about the Binance exchange and has transferred $100 million to show his confidence against the outflows that have exceeded over a billion dollars, CoinDesk reports.

The growing paranoia against centralized exchanges after the FTX crash has caused many people to move to platforms that provide full ownership over digital assets.

In the case of Binance, rumors about it being insolvent surround the community that maybe they’ve been mixing funds around between Binance US and Binance International to create false value of BNB, the native cryptocurrency.

Despite all these allegations, constantly denied by CZ and the team, Sun expressed his support for the exchange in an interview.

Sun also shared that the exchange has gone through many crises in the past, and he wants to play the role of helping it grow.

The TRON founder was previously accused of taking out $50m from the exchange, which he claims to be a swap to BUSD in a different chain. He shared that the $100M deposit is to show confidence and dismiss all the myths surrounding his support for CZ’s trading platform.

Binance recently bought the bankrupt crypto lending platform Voyager amidst the billion dollars being pulled out last week. How will it save a platform if its own exchange is in a financial crisis? 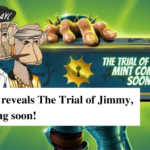 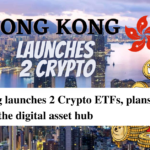