Donald Trump is back by debuting NFT trading cards called CollectTrumpCards of himself in costumes designed by illustrator Clark Mitchell with the slogan “American needs a superhero”. The Polygon-based 45,000 NFT collection spikes debate in the political space.

Just when everyone thought the former American President was brewing something controversial, the very person surprised by posting on Facebook that he has a “major announcement” to make on Truth Social, a social media website.

As if participating in the US third presidential run wasn’t enough, Trump decided to create his own NFT collection that will allow his supporters to enter the “Sweepstakes” to earn different prizes and benefits.

The trading cards are quite interesting because they feature Donald Trump in various types of costumes such as superhero, astronaut, billionaire, cowboy, racer, etc., each card having a different benefit based on their rarity traits. Furthermore, there are only 20 pieces of each card to maintain its rareness in the market.

Holders of “CollectTrumpCard” will get a chance to meet him in his private Palm Beach resort, play golf with friends, do a zoom call, or a digitally signed autograph of the businessman.

Many people believe out of many announcements, this one is less controversial. It seems like the Trump family wants to expand their adventures beyond physical and into Web3. Recently, Melania Trump minted her blue eyes as NFTs on the Solana blockchain. 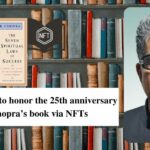 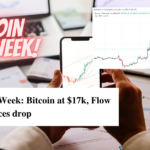