Donald Trump, the former president of the United States, recently dropped the TrumpCards NFT collection featuring trading cards with him in different costumes and suits, which was sold out within a few hours of launch, making it rank 69th top-sold out projects in 24 hours.

However, now the value of these cards has dropped by 80% due to a decline in secondary trading and the bear market.

The increasing popularity of non-fungible tokens has attracted many celebrities and famous personalities to create their own collections. Trump, having thousands of supporters in America, decided to launch trading cards of himself that would provide a wide range of utility to holders, including a personal meeting.

According to CryptoSlam, the collection sold $9,912,129 in December’s secondary trading volume but dropped to $57,580 in the first week of January.

Despite the successful selling of this project, the trading card collectibles failed to rise in demand and suffered from a drastic drop within two weeks. The persistent bear market and declining crypto prices have failed to push NFT value causing the newly dropped project to suffer huge losses.

The TrumpNFT card was initially sold for $99 and saw a good response from his supporters. In the mass media, these collectibles became the center of a joke as people ridiculed the businessman’s career switch from being a President to an NFT seller.

For investors, the only question is whether TrumpCards NFT will rise from its declined prices or is it just a momentary hype that will eventually die out in months.

By signing up, you agree to our Terms of Use and acknowledge the data practices in our Privacy Policy. You may unsubscribe at any time.
news room January 3, 2023
Share
What do you think?
Love0
Sad0
Happy0
Sleepy0
Angry0
Dead0
Wink0
Previous Article 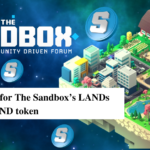