The new announcement unveiled that only paid users will be able to access the feature for their profiles.

This feature is currently available to Twitter Blue users of iOS alone. It has a price of approximately $2.99 per month.

The platform also released a tutorial on how users can apply for the feature. The tutorial further elaborates on connecting their crypto wallets with the Twitter Blue platform and setting their profile picture.

It supports multiple wallets like Coinbase, Rainbow, MetaMask, Trust, Argent, or Ledger Live. The process will take a few minutes and users will be able to enjoy a new fascinating look at their profiles.

The platform is allowing users to have the opportunity to learn about different NFT avatars. This includes owners, creators, descriptions of the series, as well as verification of authenticity on third-party platforms from where they were auctioned.

According to Twitter, they are not willing to maintain any connection with users’ crypto wallets. But the platform will store the public wallet address of users to ensure the continuous hold of the NFT avatar by the users.

The NFT profile picture will be visible on all platforms for Twitter Blue and iOS users.

Twitter is currently supporting static images that are minted on the Ethereum (ETH) blockchain. However, there is no restriction on selling and transferring the NFT while it is a profile picture. It will not display any information related to its ownership.

We bring authentic NFT news to all NFT enthusiasts globally. NFT Studio24 offers a trustable platform to those seeking to invest in the least volatile NFT projects. To advertise with us you can check out our packages. 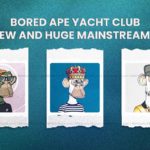 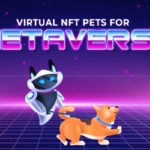