Twitter’s Former CEO expressed Meta Diem crypto project was a waste of time and effort. Recently, the twitter former CEO, Jack Dorsey that instead of working on its own new crypto project. Meta should have used an open-ended protocol such as Bitcoin.

According to twitter’s former CEO, Jack Dorsey, point of view, Meta’s unsuccessful Diem cryptocurrency project was a “waste of time and effort.” Additionally, it should have given its effort to something that “makes bitcoin conveniently accessible for everybody.”

On Tuesday,  Twitter’s former CEO, Jack Dorsey expressed in an interview with Michael Saylor, the CEO of Microstrategy at his company’s Bitcoin for corporations 2022. The discussion was based on what Bitcoin means to the world, and how corporations could integrate with Bitcoin(BTC).

Why Twitter’s Former CEO Expressed Meta’s Diem Crypto Project Was A Waste Of Time And Effort.

Twitter’s former CEO, Jack Dorsey expressed that surely Meta(formerly Facebook) has started the Diem crypto project with positive intentions. But it should have used open-ended protocol such as Bitcoin. Instead of giving efforts on developing its own digital currency.

Twitter’s former CEO, Jack Dorsey further conveyed to Saylor that the “entire thing with Libra, and then Diem I think there is a ton of lessons there.”  Further, he said, “Hopefully, they learned a lot, but I think there was a lot of wasted effort and time.”

last November in 2021, after resigning from his position as Twitter’s CEO.  Jack Dorsey clearly told about the plans of his new company Block (Former square). That mainly focused on Bitcoin. In addition to this, block enabled users’ to purchase bitcoin via the mobile payment service Cash app.

“Those two or three years or however long it’s been could’ve been spent making Bitcoin more accessible for more people around the world.”

Here Is the short Info Of Meta’s Diem Crypto Project That Has Been ShutDown.

Appropriately in 2019, the Meta (Previously Facebook) has decided to launch a crypto project   titled “Libra”, also presented its “whitepaper.” Libra was a long-awaited crypto-based financial infrastructure. But, following a slew of regulatory barriers. And a poor PR that pushed the project to rebrand into Diem at the end of 2020. Finally shut down at an unsuitable time.

In this scenario, On Monday,  meta has officially revealed that it would be selling Diem’s intellectual property, and other assets to Silvergate capital corporation for an aggregate worth of $182 million, officially giving the ropes on Tuesday. 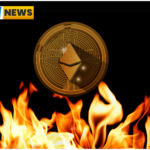 Last Month $1B Value Of  Ethereum Burned  Forever From Circulation.
Next Article 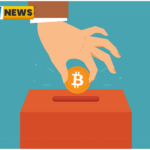 Crypto Donations Plunged 16 Times In 2021 According To The Giving Block Research Data Report.
Leave a comment