The new feature will enable content creators, artists, and other users to earn money from the platform.

Based on research and data

Miner Jane Manchun Wong‘s tweet, CEO Elon Musk is pushing toward introducing a digital currency that is expected to increase engagement on the platform by rewarding users for their tweets.

The app has been working on this feature with a lot of hurdles including Apple’s in-app purchase policy that cuts commission by 30%.

Twitter is testing the buy interface and menu item in partnership with Stripe, an internet-based platform that processes transactions in fiat currency between individuals from different countries.

For a long time, Twitter users have been putting effort into making helpful threads, reporting on the latest news, and posting high-quality artwork on the app. Now they can easily earn money from the Coins.

However, according to Wong, Twitter has set a minimum payout limit of $50,

meaning users can only withdraw money once they earn more than fifty dollars in Coins.

in which users could share content with subscription-only members but it didn’t last for a long time.

The news comes after Musk’s takeover when half of the company’s staff resigned from their positions, causing rumors of the Twitter shutdown. 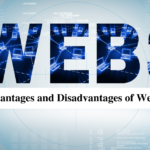 Top 10 Advantages and Disadvantages of Web3
Next Article 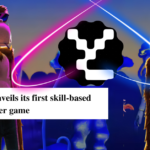