2023 seems to be the year for adopting Central Bank Digital Currency (CBDC) in every country. The Saudi Arabia Central Bank has launched an experiment with digital currencies to see how they can impact its traditional economy.

On the other hand, the UK Treasury is seeking a Head to supervise the Digital Pound CBDC.

According to Bank of America’s new report, 114 central banks from different locations are interested in CBDCs.

“CBDCs do not change the definition of money, but will likely change how and when value is transferred over the next 15 years,” the statement reads.

The analysts also shared: “We view distributed ledgers and digital currencies…as a natural evolution of today’s monetary and payment systems.”

Although the UK is still hesitant to issue CBDC, it is in search of a leader who can lead the digital pound project in its practical form, based on its new LinkedIn job posting.

The Bank of England has already admitted that launching a digital currency would ensure safer fintech payments and transactions across the country, especially since cryptocurrencies are volatile.

Saudi Arabia is one step ahead in launching the digital Riyal. According to the press release, the governor of SAMA, H.E. Fahad Almubarak will be working with his team to understand CBDC’s functionality. The bank has partnered with local banks and payment platforms based in the country.

For crypto and fintech enthusiasts, this is a good sign. The CBDC is most likely to simplify the payment system and daily life transactions.

So far, only countries with high GDPs are experimenting with the CBDC.

Other than Saudi Arabia, The Bank of Korea is also experimenting with CBDC with Korean Won. 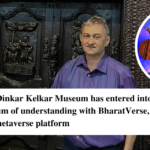 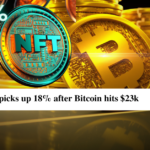