Contents
How Did The ‘Project Connect’ Make Strides In Fundraising Through GIGA NFTS? Final Thoughts

Developed countries do not consider the availability of the internet a privilege. Rather consider it as an approved amenity. The fact is that 2.9 billion individuals still do not have an access to the internet. If it comes to you as a shock, you would be appalled to know that this mass of individuals reside in developing countries and lack the quality of education, which internet can provide to them.

UNICEF GIGA is an initiative in collaboration with ITU, that shook the community to connect every school with the internet. The initiative has become more enticing since Gerben Kijne, blockchain product manager at Giga, presented ‘Project Connect’ at the Blockchain Expo in Amsterdam. A new turn of association with NFT has made this cause more effective.

How Did The ‘Project Connect’ Make Strides In Fundraising Through GIGA NFTS?

Project Connect identified schools and their connectivity by using machine learning to gain satellite images on an open-source map. Until now, GIGA has identified over 1.1 million schools across 49 countries and created funds using novel approach through the assistance of the world of blockchain, cryptocurrencies and non-fungible tokens (NFTs).

Non-fungible tokens (NFTs) have become the icing on the cake for fundraising in a fair, transparent and accessible way. As of March 2022, the NFT’s public sale organized by UNICEF GIGA raised over US$700,000 to help schools establish an online approach. On the occasion of public sale, Kinje said while acknowledging the power of NFTs in fundraising:

“I think NFTs also provide a really interesting use case. One of the things that we’re starting to look into is what does philanthropy look like for the next generation of people? Because if you go to UNICEF now and you donate, I don’t even know what you get, probably like a ‘thank you email’ or something.”

Giga tied knots with Dutch artist Nadieh Bremer to launch a collection of 1000 officially created NFTs minted on the Ethereum blockchain. To produce NFTS, experts used GIGA’s collected information of schools to identify those with and without internet connectivity.

NFTs can become the more authentic source of donations. UNICEF GIGA’s NFT proves it, if acknowledged appropriately through having people to confide in, it can become a huge source of making better communities. The impact of donations through the ownership of a specific school’s NFT and monitor when the funds raised are “cashed in” to pay for internet connectivity is an existing evidence. Though the 20% of funds raised came from secondary sales on OpenSea, the public sale in March 2022 sold out in three hours and raised $550,000 can’t go unnoticed. 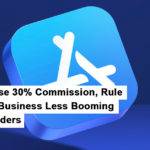 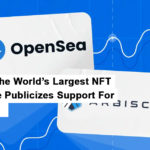