Terra faced a deep crisis following UST’s peg failure, resulting in a decline for the LUNA token as well. Luna Foundation Guard (LFG) deploys $1.2B from Bitcoin reserves in order to recover from the huge loss.

UST, a stablecoin, has been utilizing the blockchain-based algorithm minting process and burning mechanisms to maintain its rate equal to $1. Whenever the UST price increased over $1 the traders could burn LUNA to create new UST and profit. When UST prices dropped below $1 LUNA was minted by burning UST to maintain its stability against the USD.

Terra claimed this strategy to be highly effective to climb up the charts and compete against the big cryptocurrencies of the world.

However, this strategy came tumbling down when UST failed its $1 peg. UST failed to maintain its position in the market and dropped by 60 cents on Monday, alerting the whole DeFi industry that the stablecoin was not stable anymore. In response to this sudden dip, LUNA also dropped by 50%.

LFG, a Singapore-based nonprofit organization for Terra blockchain, rushed to rescue this stablecoin from the harsh decline. It deployed around $1.5 billion which is around 42,530 BTC from its Bitcoin reserves to help the UST peg and recover back to $1.

Thanks to the Bitcoin reserves, UST managed to reach 92 cents, which might be a good sign of recovery for the stablecoin.

But the real problem begins with LFG’s struggle to raise funds. On Twitter, LFG announced the council voted to execute a “loan $750M worth of BTC to OTC trading firms to help protect the UST peg” and “loan 750M UST to accumulate BTC as market conditions normalize”. Later also added it will withdraw 37,000 BTC to buy UST by loaning it to the market makers.

To assure the crypto community about the UST’s stability in the market The CEO of Terra, Kwon Do, tweeted:

Terra, which was once the Bitcoin’s biggest buyer might become Bitcoin’s biggest seller in the history of the crypto market. The crypto enthusiasts are waiting to see how Terra will recover from this loss and raise capital while maintaining the position of UST as a stablecoin in the market.

UST has recovered from the low rates, but it is not equal to $1 right now. 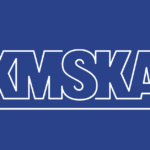 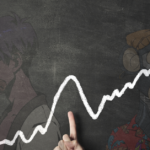