Amidst the recent non-fungible token (NFT) craze, content creators, celebrities, and entrepreneurs are using digital tokens as another mode to connect and communicate with their corresponding fanbases. Gary Vaynerchuck, famously known as Gary Vee, also jumped on the bandwagon and created his NFT collection, Vee Friends NFT Collection, which has skyrocketed in price since its creation.

In June 2021, almost one month after the launch of VeeFriends, its NFT known as ‘Patient Panda’ was sold for roughly $150,000 worth of ETH.

Gary Vee fully backs VeeFriends. He did not only create the digital asset but also added real-world utility outside of digital art. These digital collectibles work entirely in a  non-custodial manner on Ethereum. Users can retain full ownership over their VeeFriends NFTs and withdraw them to their own Ethereum wallets.

If you are new to the NFT world, you must be curious to know more about this particular NFT collection. Who is Gary Vee? What exactly is Vee Friends NFT? How did it become one of the market’s most significant and unique digital assets? Read this piece of information to know every question you bear in mind.

Gary Vaynerchuk, known as Gary Vee, is among the most influential names in the NFT ecosystem. The world-known wine critic turned social media tycoon is now the CEO of New-York based communication company, VaynerX. Gary Vaynerchuk created VeeFriends which utilizes NFT technology to deliver value and access to NFT holders.

VeeFriends revolves around characters, all of which Vaynerchuk imagined, created, and drew himself. The characters comprise traits he admires and believes will lead to happiness and success. He created the company with the vision of scaling his ideas through the characters and the traits they represent.

What Is Vee Friends?

On May 11, 2021, Gary Vaynerchuk introduced his first NFT collection called VeeFriends on the Ethereum Blockchain. This collection aimed to empower his dream to create a community centered around his creative and business interests using NFT technology and its smart contracts, which you may consider another brilliant idea from the well-known entrepreneur.

VeeFriends quickly became an influential name in the world of PFP NFTs. Notably, the collection launched in May 2021, around the same time as BAYC and other popular projects.

The NFT collection includes 268 characters and 10,255 VeeFriends tokens. Vaynerchuk hand-drew these 268 characters by himself as representations of human traits. Each character has alliterative names such as “Adventurous Astronaut,” “Courageous Cockatoo,” or “Empathetic Elephant.” The names reflect the most favorable characteristics that Gary Vee values in people.

It includes 9,400 tokens. These tokens are distinct as each character entails distinct quantity levels and character types. The breakdown of Admission tokens within each type of character is listed below:

Each character type has 40 Tokens

It contains 555 tokens, which allows buyers to have a gifting experience from Gary Vee and the Veefriends NFT collection team.

It has 300 tokens, which are not redeemable. However, they are verifiable tokens. These tokens unlock the way of having a meeting with Gary Vee.  210 Access tokens provide virtual, and 90 provide in-person access. All 90 in-person access tokens are 1-of-1 art tokens, meaning they have unique and original token art.

For detailed information, you may visit VeeFriends.

It is vital to know, Veecon is a multi-day convention for VeeFriends holders and influential people in the NFT industry. The convention focuses on entrepreneurship, marketing, ideas, creativity, community building, and more.

Gary always aims to provide real-life utility to his digital assets’ holders. The buyer of VeeFriends tokens Series 1 automatically became a member of the VeeFriends community and sought access to VeeCons. Members secured eligibility to join the VeeCons conference for three consecutive years 2022, 2023, and 2024. The 2022 conference was held in Minneapolis, Minnesota, in May 2022. The focus of this conference remained on entrepreneurship, NFTs, Web3, and several investment opportunities.

Launch Of VeeFriends Series 2: The Evolution

While the singularities of Series 1 have been all about the background color, the original VeeFriends drawings came to life in Series 2 with the character-evolved look, poses, and scenes. The collection highlighted 236 original characters from series 1, and series 2 entails only 15 new characters. Hence VeeFriends series 2 consisted of 251 characters when launched in April 2022.

The VeeFriends Series 2 collection of GaryVee NFTs includes 55,555 tokens. It set the minting price at $995 or 0.33 ETH. Series 1 token owners could claim one free Series 2 NFT of the same character.

Instead of releasing all the NFTs at once, the project released them on various dates in April 2022. A total of 32,000 Book Games NFT holders had the potential to participate in minting Series 2 NFTs. Secondary trading saw increased prices for several VeeFriends Series 2 NFTs.

On the launch of Series 2, the company offered a free box of collectible trading cards in partnership with zerocool called VeeFriends “Compete and Collect” Trading Cards. Original purchasers of Series 2 NFTs had the option upon purchase to receive one box for every NFT minted without any additional cost.

VeeFriends recently announced its first-ever limited series of collectible characters exclusively at Macy’s and Toys “R” Us. However, the pre-sale of this collection started on October 4, 2022. It is a massive step for Gary to bring digital NFT collectibles to physical collectibles, giving access to any consumer to own a VeeFriends character. In addition, each product will come with a printed QR code that leads to 3D animated heartfelt short films and other character songs.

The concept behind VeeFriends’ was characters that reflect human traits. Gary imagined, created, and drew all of these characters by himself. The collection’s price ranges from $9.99 to $29.99, which features a plush and vinyl character set designed by the London-based entertainment company, Tokido. Customers can buy the VeeFriends products on Macy’s Toys”R”Us website, Macy’s mobile app, and at all physical stores of the chain nationwide.

Based on the price movements of VeeFriends NFT, most seem to be suitable investments with different potentials. For instance, the Series 1 token holder who minted and sold the Adaptable Alien Series 2 NFT made over $123,000 from utilizing a Series 1 privilege. Investors may reap extra benefits if future collections are developed with similar utilities.

With real-world opportunities and experiences, GaryVee’s digital assets are valuable purchases. The unique community and utilities are driving forces behind their popularity, which is likely to continue growing as the world of NFTs keeps evolving and expanding. Investors are also excited to see which future utilities Gary Vee NFTS may offer. 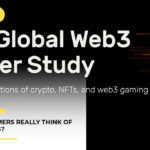 WHAT DO GAMERS REALLY THINK OF WEB3 GAMING?
Next Article 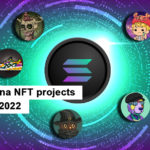