On its first hearing on July 8, the crypto firm claims it has been receiving threats from customers in response to freezing their accounts. As of now thousands of people’s life savings are frozen and no one can withdraw their crypto funds out.

Amidst the crypto crash, the crypto firms are now having a domino effect of failing one by one. The Terra ecosystem crash had affected many firms that invested millions of dollars and had high hopes that it would rise to compete against Bitcoin. However, the LUNA/UST crashed so badly that it dragged the whole market to the ground.

Bitcoin, despite being the largest cryptocurrency in the world, also couldn’t withstand the massive chaos in the traditional and digital economy and dropped to a record-breaking low.

As the crypto market turns to recover from the losses, crypto firms are now seeing the darkest days ahead. Many experts had already predicted that the crypto bear market will have a long-term effect on firms, and this prediction seems to be quite right.

Three Arrows Capital, one of the biggest crypto hedge funds in the world, became a center of liquidation and insolvency rumors. Web3 startups began to withdraw from the hedge fund despite the founder’s reassurance that they were working on making things right.

Following the 3AC breakdown, FTX, Deribit, and BitMEX liquidated from the hedge fund to avoid further losses. After that, Celsius Network and Babel discontinued their withdrawal services to recover from “liquidation pressures.”

This month, Voyager seems to be the major crypto firm that liquidated due to 3AC and is now in the crisis of bankruptcy.

According to Voyager officials, 3AC had borrowed around $620M from the lending firm for investment purposes but failed to pay it back. The crypto hedge fund had a renowned name in the DeFi and Web3 industry so no one really doubted that a huge firm would run out of funds after Terra crashed.

Voyager had lent a huge amount to 3AC and the failure to give it back resulted in Voyager going bankrupt.

On Tuesday, July 6, 2022, Voyager filed a Chapter 11 bankruptcy protection in the Southern District of New York claiming that it had 3.5 million active users and over $5.9 billion in cryptocurrency assets. It also shared it has 100,000 creditors at the time of filing.

According to Reuters, the first hearing of Voyager’s bankruptcy case seems to have begun with a rocky start as thousands of creditors criticized the firm for not recovering their funds.

On Friday, the crypto lending firm’s representatives shared that Voyager had received threats for freezing their users’ crypto accounts and preventing them from withdrawing their own funds.

The anger expressed by users is reasonable because people had entrusted their life savings to the crypto lending firm. A user, Robert, told Fortune that he had invested around 70% of his savings on Voyager. “It’s heartbreaking,” he said. “I feel extremely awful because I was unprepared.”

However, Voyager has promised its users they will recover all the losses. Based on the court filing, the crypto lending company is not liquidating instead it is restructuring itself to return a percentage of users with their investment money.

“Hope, unfortunately, is not a plan, but there’s nothing I have control over,” Robert told Fortune. “All I need is to get my original assets back. I don’t need the rewards or the interest earned. I just need the assets back.”

According to Reuters, Voyager is looking for an outside buyer who can recover the company and pay back its creditors.

In case, no one wants to buy the crypto lending firm then Voyager will return the users its existing Voyager tokens, 100% of the company’s equity shares, all proceeds it receives from 3AC, and a TBD partial repayment of the specific crypto funds in their accounts.

Voyager also assured its users that their funds were securely held at Metropolitan Commercial Bank in a commingled account. The $350M funds are not to be touched or accessed because they will be paid back to the customers as soon as the crypto firm recovers from the losses.

All in all, Voyager claimed it had frozen the accounts to save the customers from a huge loss and also to ensure that the Chapter 11 bankruptcy filing was solely to restructure its existing plan. “A broker-dealer liquidation would completely halt Voyager’s operations and result in a lot of expensive litigation that would benefit no one,” said Voyager’s representative, Josh Sussberg in the court.

Will Voyager be able to satisfy its customers’ concerns?

Voyager completed the first hearing with a rocky start amidst the firm claiming it received threats from the customers.

Despite the crypto lending company’s assurance that the filing is to restructure, the customers are still a lot anxious because they can’t access their frozen funds, as reported by Fortune. This shows that Voyager has lost the trust of its customers and it might take a lot of time for the company to regain that trust.

For customers, their funds are everything, and getting them back is their only concern. With so much loss and customer criticism, many people have their eyes on how Voyager will restructure and pay back its customers on time. 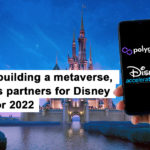