Game of Thrones, the legendary fantasy TV show on HBO, is coming back with digital collectibles on the Nifty NFT marketplace. According to recent reports, Warner Bros and Warner Bros. Discovery will be launching GOT NFT collection called Game of Thrones: Build Your Realm in the coming months.

After the epic completion of the most famous and record-breaking show, the team has decided to bring together fans of GOT in Web3 by releasing “Build Your Realm,” exclusively themed avatars based on the original characters in a bundled pack along with locations.

The holders will be able to level up their avatars after the initial release as the team will also release collectible items like weapons, gear, or companions that can upgrade the power levels of the avatars. Each collector can build their own realm by burning or collecting items from the marketplace as they will drop in the form of assorted packs.

“Nifty’s is thrilled to be working alongside Warner Bros,” said Jeff Marsilio, CEO, and Co-Founder of Nifty’s. He also added that the company is bringing “a new kind of digital collectible that will allow fans of the franchise to connect in ways they never have before.”

“We’re excited to expand the ‘Game of Thrones’ fandom and franchise with this unique digital collectible program that’ll engage fans on a deeper level, allowing them to immerse into the world of Westeros, and enhance the overall fan experience,” said Josh Hackbarth, head of NFT commercial at Warner Bro Discovery.

What’s more? All the NFTs will be produced by the famous NFT designer Daz 3D, widely known for his work for CloneX by Murakami and RTFKT.

The first series of the Game of Thrones program will be launched in the coming weeks. After that, the remaining ones will come one by one. Nifty didn’t share any release date details in the official announcement but the collection is expected to come out this year, most probably.

Warner Bros has been actively experimenting with digital collectibles. Recently, the entertainment company announced an NFT collection for Lord of the Rings. Now, it is partnering with HBO to generate revenue from the Game of Thrones NFTs.

Knowing GOT’s popularity on a global scale, this program is most likely to become the talk of the town as it will give fans a chance to revisit the storyline and characters in a digital space. Warner Bros have also shared they will be launching various activities related to Game of Thrones exclusively for NFT holders.

For NFT and GOT fans this is great news because not only will this collection give utility such as demand, avatar upgrade, and value but it also is a long-lasting memory collectible stored on the blockchain.

For more updates on Nifty’s GOT Build The Realm collection, sign up here. 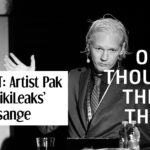 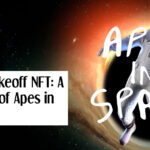 Migos’ Takeoff NFT: A Journey of Apes in Space
Leave a comment