According to Electric Capital’s new report, the number of Web3 developers doubled by 100% in the past two years, despite the $1.4 trillion market loss in crypto in 2022. However, the bear market caused an imbalance between developers and investors, and consumers.

The Terra/LUNA and FTX-Alameda collapse sent shock waves to various crypto lending platforms and investment ventures in the past year. From 3AC, Gemini, Celsius, and Genesis to Babel, Deribit, and BitMEX, every firm filed for bankruptcy one by one.

CNBC shares that the Davos Promenade at the World Economic Forum 2023 saw a prominent decline in attending crypto companies and firms.

The streets of Davos that were once covered with Web3 and metaverse ads were empty and the investors are also quite hesitant with investing their money in upcoming platforms.

Cliff Sarkin, chief of strategic relations at Casper Labs says the remaining crypto companies are the “real deals” and that the bear market cleaned out weak ones. Sarkin thinks now is the right time to start building effectively. (Source: CNBC)

This might be the reason for a massive increase in the developer population in Web3 in 2021 and 2022.

Electric Capital gathered data from “250 million code commits” across various open-source repositories to indicate that the developers have increased to 100% with 23,343 monthly active developers as of December 2022.

Although the incoming percentage of consumers is quite low and the investment sector is quite reserved, the builders are still motivated to build on blockchain.

In 2023, many new programs, such as one by Mastercard, are empowering independent builders, developers, artists, and creators to build their careers in Web3.

Overall, the crypto community is pushing toward normalizing blockchain adoption by integrating it into different sectors, especially in fashion and entertainment. 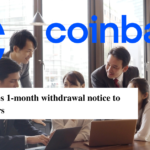 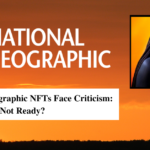 National Geographic NFTs Face Criticism: Is the Public Not Ready?
Leave a comment