Web3 is the new era of the internet that utilizes a decentralized blockchain system to regulate. It is a global platform the world is slowly turning its interest towards in search of talent.

The world we know today solely operates through the internet, the web2 era; before web2 there used to be web1, the earliest form of the World Wide Web. Most of today’s generation is using web2, and almost every company uses this internet version to interact with consumers.

Web3 takes a giant step toward bringing new opportunities into the world. Currently, the interested users are quite less, but interviews with some of them show how the world is slowly turning its interests toward Web3 due to growing opportunities; There is no doubt the world will surely adopt Web3 as a mainstream platform in the near future.

Unlike web2, Web3 consists of various decentralized server networks that usually operate through peer-to-peer nodes. So, instead of storing data in just one cloud server, there are many servers in Web3.

Cryptocurrency is Web3’s main aspect for transactions and exchange. People who work in a protocol receive payments in cryptocurrency. Due to the platform’s uniqueness and less popularity, job prospects are rising in demand.

The crypto experts and spokesperson are taking the responsibility to convey this opportunity to maximum people struggling to find jobs. However, every country is absorbing this new information at its own pace.

The recent Binance Blockchain Week gathered all the crypto enthusiasts, entrepreneurs, software developers, and basically any professional to discuss various opportunities that may arise in the coming years. The conference opened doors for open-mindedness and acquiring talent.

In this event, many speakers shared how their countries are taking Web3 and discussed the growing job market demand in Web3 as companies continue to expand their business on the platform.

Some countries’ representatives expressed their experience sharing Web3 in their communities.

In Africa, experts believe web3 can open doors to improve young people’s economic situation. Okonkwo, a blockchain gaming executive from Africa believes the blockchain industry and web3 will bring “a lot of opportunities for us in Africa and the world globally.”

The same goes for people in India. Being one of the largest populations in the world, India has a big potential job market. An Indian representative told us that India is slowly transitioning towards blockchain technology due to equal opportunities. People who don’t have well-established academic qualifications can break into the Web3 job market. “A person only needs to have abilities,” He says.

In the Philippines, Jene Dizon, a Web3 developer, believes Filipinos can make their name through Web3. Based on his experience, Web3 is booming with talent demand, and Filipinos can fulfill it by taking the first step into the blockchain industry.

The world is still skeptical about turning its attention to Web3, but the same attitude was adopted when web2 arrived. The crypto community believes that people will slowly change their mindset after seeing the growing demand for talent in Web3; possibly in the next 5 to 6 years. 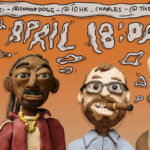 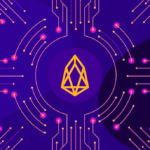 From Raising $4.1 Billion, Sudden Downfall, to ENF Take Over: The Resurrection of EOS Network
Leave a comment