HYBE failed to push forward its NFT venture, Momentica, in partnership with Dunamu and Levvels. The video loop trading cards of K-pop stars didn’t convince the fans or investors to buy. Now, the company is unable to see the NBA Top Shot fame it had hoped for.

The NFT cards are exclusive videos of the artists under the company, namely BTS, LE SSERAFIM, SEVENTEEN, New Jeans, Enhypen, and TXT. The collectibles came in packs sold for $12 each, just like the Moments NFT.

However, it didn’t receive the hype NBA’s marketplace got from basketball fans when it first debuted NFTs, which sold for millions of dollars.

Considering the budget paid for the development and minting of the project, this response is quite alarming for the company.

Experts believe that the biggest reason behind the project’s failure is its centralized policy.

The main idea of Web3 and NFTs is to give digital ownership to buyers but HYBE has implemented restrictions on the transactions and viewing, preventing much distrust in the community.

On the other hand, NBA Top Shot is fully decentralized because it is built on a Web3 ecosystem, allowing owners to buy, trade, and sell collectibles whenever they want to.

Unless HYBE applies the same policies as the NBA Top Shot marketplace, it won’t see much investment in Momentica, despite the limited edition and exclusive cards.

Furthermore, most K-pop stans aren’t fully aware of this technology, so it’s important to educate them before introducing NFTs. 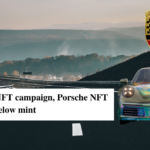 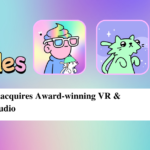