Crypto experts globally have shown immense concerns about why is Bitcoin going down by 2021.

Contents
An Insight From Fintech Experts into the Decline of Bitcoin Reasons Behind Bitcoin’s Continuous Downfall 1. Volatility:Read More:2. Bitcoins Under Highest Transfer RatiosIs any Regulation Policy underway against this bias? NFTs Studio24

The year 2021, will always remain significant to the uplift and contrarily downfall of cryptocurrencies. Where NFTs have become the talk of the town, Bitcoin doesn’t seem to grab a charm this year.

Although there are rumours of Bitcoin’s major crash back. Yet others are hopeful for a drastic uproar. By the start of the year, Bitcoin was seen having monthly trading of $30,000 or so.

However, from the figures outlined last month, $68,000 is a gigantic sum. Bitcoin made its place, this higher. Ironically, Bitcoin hasn’t been lucky enough to sustain the throne.

Instead, Bitcoin went through a surprising downfall by the end of this year.

An Insight From Fintech Experts into the Decline of Bitcoin

A few days back, nobody was aware of the upcoming decline. Seemingly unpredictable, Bitcoin’s last two months have shown major liquidation.

By the start of the month, Bitcoin already lost its trading volume below $30,000, whereas other currencies were also not catching a big fortune.

According to Coingecko, an epitome of cryptocurrency stats and figures, the great Bitcoin has already undergone a 15% net decrease.

You’ll be surprised to know the actual figures. Where Bitcoin was standing with a net capitalization of 11,392 coins worth $3 trillion. This huge sum is greatly decreased to a net worth of $2.34 trillion.

The irony continues, as other cryptocurrencies are also on the verge of a major downfall. Where Ethereum has gone through a 50% decrease in its highest ever scores.

Whereas, some other cryptocurrencies have already had a decline in token number. That’s variably from 70% to 90%.

Something fishy? Go through the reasons below.

A highly-ranking cryptocurrency dare not get impacted with a few hurdles. There are many other digital reasons, too.

Among all, the two significant reasons behind Bitcoin’s going down in 2021, are:

Volatility is the most potential factor, responsible for the decline of any cryptocurrency. For Bitcoin, it has always been a highly considerable one.

Similarly, for the year 2021, the global pandemic has greatly influenced the volatility of Bitcoin. Through some major volatile moments, the circulating potential variants of the deadly virus have played an important role.

Since the outbreak of the latest, omicron variant, the volatility surge for Bitcoin has seen an impeccable incline. This may be the reason for keeping investors away.

Another potential hazard to the decline of Bitcoins is the transfer of coins from wallets to exchanges. The all-time great crypto investors are the cause behind this surge.

This auspicious move has caused a heck to the net trading of Bitcoins in the last two months.

“Whales in the crypto space seem to have transferred coins to a trading venue, taken advantage of a bullish bias and leverage from retail traders, to then push prices down”.

A decrease in Bitcoin finding rates is also the outcome of this mishap. The Bitcoin funding rate on BitMEX (crypto trading marketplace) saw a major decline from 0.01% to -0.18%.

While you’ve got extensive know-how about why Bitcoin is going down in 2021. You might be curious about the regulatory interventions.

Well, the U.S. Securities and Exchange Commission (SEC) is considering drawing out a broader policy and trading strategy, with the involvement of Bitcoin experts, and U.S. lawmakers.

So far the volatility of cryptocurrencies is concerned, there are the least Volatile ones out there too. These exist in the dynamic world of NFTs.

For further information on how NFTs trading tales place and why it is better than others, reach out to NFT Studio24. You can also check out our latest NFT collections and upcoming NFT projects to start investing in the awesome creative work by aspiring artists. 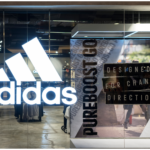 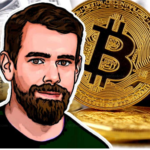 Bitcoin Replace The US Dollars Jack Dorsey Replied To The Cardi B Tweet.