The Sandbox and MODHAUS, a Web3 Kpop startup, recently announced a partnership to debut NFT avatars, wearables, and other collectibles of Girl Group TripleS on the Metaverse platform.

Contents
Who is TripleS?Partnership with The Sandbox

The new Kpop GG is making a move into the metaverse by introducing member-based avatars. TripleS will consist of 24 members that debuted in May 2022. The company wants to integrate Kpop with NFTs on the Cosmos blockchain, a decentralized network that aims to establish an open economy, to build a fan participation platform.

The debut pattern is also quite unique because usually, companies choose who gets to become a member of the group, but MODHAUS has put this authority over fans.

The supporters will get to decide who gets to join what sub-unit within the group. The sub-unit stays if they manage to sell 100,000 album copies, otherwise, they are disbanded.

MODHAUS is experimenting with the Web3 world by introducing an open-source entertainment ecosystem on Cosmos where Fans will get a chance to participate in the decision-making of the group.

The goal of blockchain technology and Web3 is to give fans the right to make decisions over what they like with no third-party involvement. MODHAUS is using this aspect with TripleS.

Partnership with The Sandbox

The company recently announced they are partnering with The Sandbox to launch exclusive collectibles and avatars in the metaverse. The aim of this collaboration is to create a “fan-participating hub” on the world’s biggest virtual platform, according to Naver News.

Fans will be able to experience the exciting world of TripleS in the digital world by collecting these NFTs and also building their own worlds within The Sandbox, which is widely known for being an open-source platform.

The popularity of The Sandbox in South Korea has been increasing slowly as many developers and artists experiment with their easy-to-use creator tools. In fact, the platform has a separate team in the country that is actively promoting the virtual world to the public.

With TripleS joining The Sandbox, the group is expected to earn global attention from the players and also introduce K-pop fans to the exciting world of blockchain and Web3. The startup will share more details about the partnership and NFT launch soon. 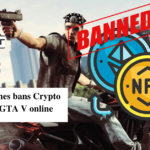 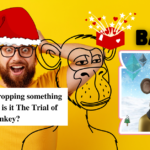 Bored Ape is dropping something this Christmas: is it The Trial of Jimmy The Monkey?
Leave a comment