Alegre was previously the president of Activision, the world-famous video game company, widely known for creating Call of Duty. This announcement comes after he shared he is stepping down from his position on Friday.

According to co-founders Greg Solano and Wylie Aronow, Alegre’s expertise as an executive will help Yuga Labs compete against the giant virtual worlds. “We wanted to bring in someone with a proven track record of building at the highest possible level,” they said.

On the other hand, Muniz will still remain in the company as an executive and adviser to the team along with other co-founders.

Otherside has already become a successful talk of the town when the BAYC creator launched Otherdeed in May 2022. The collection sold out within minutes despite the extremely bearish crypto market.

Even now, the team is actively building the metaverse behind the scenes. Otherside recently held a Load Testing phase on July 6th and 9th where it invited only the Otherdeed holders to join.

Yuga Labs will soon roll out the official metaverse next year, enabling all NFT collections to be integrated as avatars on the platform. 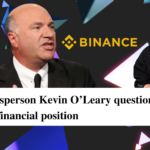 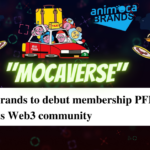