Yuga Labs recently announced they are launching a skill-based game called “Dookey Dash.” The endless runner game will become part of the BAYC ecosystem and is playable by Bored Ape and Mutant Ape holders by minting a free Sewer Pass from the website.

Yet another benefit comes along the way for BAYC NFT owners as the creator company explores the realm of gaming with Dookey Dash.

The storyline of the game is a continuation of the “Trial of Jimmy, the Monkey” where the Apes have to go through the sewers to get a key that is stuck in the passed-out Jimmy’s butthole.

The mint for Sewer Pass begins on January 17 while the gameplay will be unveiled on January 18 for the first time.

Although only BAYC can mint these tickets, others can manually buy from the holders to play this game.

There’s another catch! The Sewer Pass claim expires on February 8, 2023, and the holders who have scored higher than 0 will get something new, which is yet to be revealed.

If the holders fail to mint or use the pass before the expiry date, then they won’t get this chance.

After Feb 8, the scores will be frozen on the games and the holders will get a chance to trade/transfer these passes to other wallets until Feb 15 after which these NFTs will change into a “mysterious power source.”

Based on the leatherboard ranking, the highest-scoring player will ultimately get the “Key” while others will receive different rewards. See more details and rules about the gameplay here. 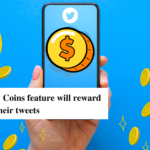 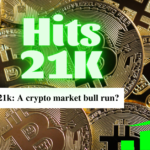