Azuki struggles to maintain its status in the NFT market following a blog post made by Zagabond, Azuki’s founder. The NFT community was outraged, resulting in a sudden floor price drop of 45%.

Twitter has already declared Azuk dead seeing the drastic decline in the collection’s floor price in the marketplace.

Azuki, the world-renowned Japanese-comic-inspired NFT collection that once rivaled BAYC and World of Women on the Ethereum blockchain tumbles down after the bold statement made by the founder, Zagabond.

Zagabond is the pseudonym of Azuki’s founder made a blog post on May 9, 2022, in an attempt to glorify the achievements and manifesto of Azuki as a leading NFT project in the web3 world. There were also three projects listed in the blog post:

In the post, Zagabond said that the CryptoPhunks was “born out of love for NBA Top Shot” as a “parody project.” For the second project, he “wound down” Tendies NFTs because it only minted 15% and didn’t give much profit as a meme collection. For the third project, CryptoZunks, he described that the project had some “limitations” due to Ethereum gas cost which killed the “product experience.”

A project is declared rugpull when the founder launches a project with a proper roadmap and then abandons it by running away with the investor’s money after the primary sale.

ZachXBT provocatively asked Zagabond if he rugged in those NFT projects. He tweeted:

Below the tweet, he also gave various screenshots as proof:

Following the ZachXBT’s allegation, Zagabond immediately commented under his post claiming that the projects listed in the blog post were never rugpulls. He said: “Do I wish they were more successful? Of course. There was no product-market fit at the end of the day, but that doesn’t mean it’s a rug.”

Seeing the declining prices in the market. A Twitter Space named ‘The Death of Azuki’ on Monday Evening declared “Azuki is dead.” The news spread like wildfire on the bird app. Within a few hours, it created a buzz among various buyers and investors questioning whether Azuki is really dead.

Although there is much anxiety surrounding the Zagabond scandal, Azuki is also seeing a surge in buy-outs from the collection. Within 24 hours, Azuki has sold 300 NFTs in the secondary market.

Compared to the Twitter community’s declaration that Azuki is dead, the marketplace performance shows that Azuki might have a hope of recovering from the sudden floor price drop.

If Zagabond manages to gain the trust of Twitter and the rest of the community, then the Azuki NFT collection won’t have to suffer from the loss. A statement might not be enough to convince the NFT community.

Until then, Azuki might experience even more price drops in the coming days. 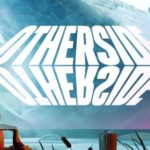 Otherdeed for Otherside NFT Review: The key to enter the BAYC’s Otherside metaverse
Next Article 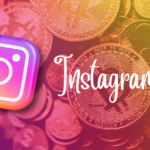