NFTs are rising in popularity every day; so is the hype of showing them off on social media. Meta’s CEO Mark Zuckerberg didn’t miss the chance to integrate the emerging digital technology on Facebook and Instagram. Now, everyone can upload their NFTs on these platforms.

Why did the company choose to do so and what are future plans of Meta regarding NFTs? Here’s all you need to know:

What are non-fungible tokens (NFTs)?

If you’re new to the industry, you probably might not know what NFTs are exactly. Non-fungible tokens aka NFTs are digital assets stored in a blockchain that provide proof of ownership to individuals, each having a unique characteristic that is different from another. These assets can be music, artwork, audio, video, or anything that can exist in a digital form and have value in the market.

The most popular NFTs are PFP collectibles such as Bored Ape Yacht Club, CryptoPunk, Moonbirds, Azuki, Doodles, etc. that provide utility and hold demand in the market. Many people have been investing thousands of dollars in NFTs to have ownership over, some buy it for investment, while others keep it as their Web3 identity brand.

After buying an expensive digital collectible, where do you think owners show them off? It’s social media. In fact, the hype and trend about NFTs began with people uploading their assets on Twitter, Facebook, and Instagram.

NFT projects shifted their focus to digital marketing on social media to promote their collections and gain loyal followers. Tens turned into hundreds and hundreds turned into thousands, eventually millions, until NFTs became the ultimate talk of the town, especially in early 2020 when the pandemic hit and everyone shifted towards online platforms.

Within a few months, a large community began posting NFTs on social media and people discussed it amongst themselves increasing the engagement of the platforms.

Meta, back then known as Facebook, has been closely analyzing the increasing popularity of NFTs and the metaverse. Mark Zuckerberg, the CEO, decided it was time for Facebook to take a shift towards the Web3 world by rebranding into The Meta Platforms Inc. in October 2021.

The vision was to build a virtual user and business-centric platform with its own digital economy. According to Zuckerberg, Meta would be building a metaverse for companies and individuals to invest in and earn a living without going anywhere physically.

The goal came into existence quite rapidly as Meta announced the launch of the VR headset Quest 2, which would be directly linked to the metaverse. Users would wear these devices to connect online in a virtual space.

As a result, there were dozens of promotional content showing conceptual visuals of what Meta’s metaverse would look like. Eventually, Horizon Worlds was launched, the virtual platform of Meta.

In early 2022, Zuckerberg attended the South by Southwest conference in Austin, Texas where during a session with Shark Tank’s Daymon John shared that Meta would soon be launching NFTs on Facebook and Instagram.

The company has been hinting at digital collectibles ever since Meta rebranded but Zuckerberg told John with affirmation. He said that he hopes to see users be able to mint their NFTs on social media, bringing more creator economy and opportunities to the platforms. “…over the next several months, the ability to bring some of your NFTs in, hopefully over time be able to mint things within that environment,” Zuckerberg had said.

Meta has been actively promoting itself to creators and influencers to monetize its content on Instagram, and digital collectibles were the perfect way to attract global artists.

It wants to modernize its platforms and keep up with the latest trends such as the concept of reels, which got TikTok where it is today, is now also a feature on Instagram and Facebook, bringing in more creators to produce content on the apps. All in all, every feature is Meta’s vision for building the metaverse.

After the announcement, a lot of speculations went around about whether this initiative would be a success or not.

Facebook had already failed with its previous crypto-related project aka the failed launch of its native USD-pegged stablecoin Diem, the new name for “Libra.” The internal conflict and regulatory issues surrounding the digital coin prevented Meta from releasing it in the market.

At first, Meta began testing non-fungible tokens on selected creators from the United States. The artists got invited to mint their creations as NFTs in May 2022 during which the company also announced they won’t be charging money for NFTs on Instagram and Facebook.

This was good news for artists and buyers because usually marketplaces charge a platform fee for minting NFTs. So, everyone had high hopes for this upcoming feature. The team did the testing for almost a month and only creators and users within the US could test NFTs.

Adam Mosseri, the head of Instagram also shared that they will be adding an AR filter NFT feature in Insta Stories via Spark AR so that holders could turn their collectibles into camera filters.

“…one of the reasons why we’re starting small is we want to make sure that we can learn from the community,” Mosseri said. “NFTs specifically we think will be interesting not only to creators who create NFT art but also to people who want to collect it.”

The launch resulted in a surge in interest among the NFT community. Since some projects have already been promoted on Instagram, they got the chance to properly mint NFTs and expand their audience reach beyond the existing users.

A global platform like Facebook, which has around 1.968 billion daily active users brought digital collectibles to the mainstream. The hype over NFTs is most likely to rise once these users get familiar with this technology, so it can be a big opportunity for creators to mint their NFTs.

According to Meta’s team, NFTs align with the company’s aim to create a virtual world with a creator economy. Zuckerberg wants to build a free-to-play space where people can do business, interact, sell, and buy items virtually, the same as e-commerce but in a virtual reality aspect.

Non-fungible tokens are a great way to introduce this concept to the general public. People are unfamiliar with this new technology and since everyone is a social media user, they can use this opportunity to educate themselves, resulting in an increase of users on Meta’s metaverse platform.

Digital collectibles mainly have infinite possibilities; every project or company is incorporating this new technology based on their needs. For Meta, collectibles are important in its upcoming digital economy. Ultimately, it wants to turn into an NFT Creator marketplace.

“Long-term, I would hope that the clothing that your avatar is wearing in the metaverse can be minted as an NFT,” Zuckerberg said in an interview at SXSW.

As of now, the social media platforms only support NFTs on Ethereum, Polygon, and Flow blockchains.

Fun fact: when the digital collectibles feature was rolled out, Flow’s native coin price peaked at an all-time high despite the bear market. Investors actively poured their trust into the blockchain.

Instagram NFT feature is made quite simple if you have a crypto wallet. A Crypto wallet is basically your secure storage space built on blockchain where you can keep your digital assets and collectibles.

Instagram supports MetaMask, Coinbase Wallet, Dapper, Rainbow, and Trust Wallet. So, if you don’t have a wallet, make sure to create an account in one of these.

After setting up your wallet, you are ready to enjoy the feature on Instagram. Just follow the steps below:

Once you’re done, you are ready to upload and share NFTs with other followers.

Zuckerberg has plans to expand its NFT endeavors beyond the sharing aspects. In the current version, users can only upload and share NFTs bought from third-party websites such as OpenSea but later Instagram will unveil its own Creator Marketplace for artists to mint collectibles.

In early June, Zuckerberg shared that they’re opening up the “Reels Play Bonus program” for creators on Facebook. The company would enable creators to cross-post their NFTs on both Instagram and Facebook to monetize them; this feature is already available for Reels.

The upcoming creator marketplace will contribute to the creators getting discovered and earning passive income from their creations. The brands will get a chance to partner and collaborate with the artists. Unlike Twitter which introduced the PFP feature for NFTs, Zuckerberg is focused on buying and selling collectibles on its platform.

The major roadmap revealed by Meta is as follows:

Currently, Meta is focused on developing Horizon Worlds and VR glasses that can enable users to experience virtual space built by the company. 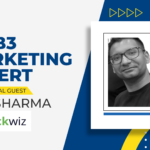 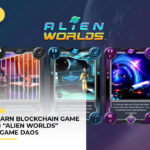