Anonymous, a group of unknown white-hat hacktivists, announces its intention to support Cult DAO and its manifesto to break free from Russia and other oppressive governments through the DeFi revolution.

Anonymous is an internationally known activist group that has been in a cyberwar against Russia after the country invaded Ukraine on February 24. The group has a history of giving support to governments and organizations that oppress innocent people through hacking. Since the attack, the group has been regularly updating its followers on the war situation.

Following its continuous cyber fight against the Russian government, the group announced it will support crypto projects such as Cult.DAO that go against the oppressors and protects innocent people. Anonymous tweeted:

Soon after the announcement Cult.DAO came forward and appreciated Anonymous for “funding the revolution.”

Cult.DAO has a history of helping individuals fight against oppression to achieve financial freedom through its community-driven decentralized autonomous organization system.

Through DeFi protocol, the DAO transforms financial control to members of the community without any centralized authority. In a way, it gives individuals the confidence to break away from the authoritative system and be free in a decentralized world through financial support.

Cult.DAO furthered Anonymous’ announcement by tweeting: “CULT is completely decentralized and can fund those causes and revolutionaries that are ordered offline by governments and centralized entities, as we saw in Canada.” (see the tweet here).

The reference to Canada comes from the recent events where the Canadian government froze the traditional bank accounts that were supporting the cause of Ottawa’s Freedom Convoy protest through donations. The government refused to unfreeze the banks and demanded a refund from Just Giving, an organization collecting all the funds from the Canadians.

In response to that, people turned towards the crypto world where no central authority exists. They were able to donate money in Bitcoin (BTC) without any restrictions or limitations to fund the protest.

Cult DAO community is highly involved in supporting oppressed groups through its members. So far, the community announced it will donate 13 ETH, which is around 27,103 USD to the cause.

Anonymous and Cult DAO conceptions align well to support the innocent people against unjust governments. This support will clear the pathway for Cult DAO to reach its ultimate goal based on its manifesto.

Cult DAO is a decentralized community operating on blockchain that empowers individuals to “break away from societal, economic and other norms.” It aims to bring the DeFi revolution by enabling community members to vote for various funding projects focusing on decentralized applications or dApps.

$CULT is the native hyper-deflationary token of Cult DAO that is used to support multiple DeFi operations. Once the $CULT is staked in DAO it becomes dCULT which users use to vote in the community and receive rewards. 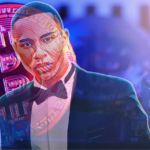 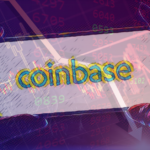