Following the continued rise in NFT popularity – and concerns with the medium – DC Comics has announced a partnership with Palm NFT Studio. Together, these companies will provide FanDome 2021 guests with a collectible NFT featuring iconic comic characters. The NFTs being offered were selected by DC’s Publisher and Chief Creative Officer, Jim Lee.

NFTs – non-fungible tokens – are collectibles that exist within a digital space. Using certain apps, fans can buy and collect these collectibles. Marvel has already begun offering NFTs and the phenomenon is seeing a rise in fan interest. However, with the interest also comes growing concern about the energy use required to mint and house NFTs – leading many fans to avoid them entirely. In this new press release, DC and Palm NFT Studio made sure to address concerns about sustainability and a desire to be environmentally conscious.

In a new announcement, DC has revealed that attendees of FanDome 2021 will be eligible to receive a free NFT by registering for the event. The first set of NFTs from these two companies will be available starting on October 5th. By social media sharing, fans could also receive a second NFT free. There are three levels of rarity for these collectibles and fans will have the opportunity to receive three covers for each character. Some of DC’s offerings include Batman, Superman, Wonder Woman, Green Lantern, and Harley Quinn.

Earlier this year, DC had restricted its artists from using their work as NFTs, wanting to evaluate the medium to find a suitable approach for the company. They’ve finally reached a decision and model for going forward – hopefully with fans in mind who have growing concerns about environmental impact. Regarding sustainability, Palm’s blockchain is said to provide a “99.9% reduction in energy use compared to Proof of Work systems.” DC is able to mint NFTs for fans – numbering in the millions – at “near zero cost,” according to the press release. The long-term impact of NFTs isn’t known, but moves towards sustainability are certainly worthwhile given current concerns about the potential for negative environmental ramifications. NFTs have been criticized for the use of energy to create, store, and display NFTs. This is especially true as worries about the global climate continue to rise. As of yet, it’s too early to know if these sustainability efforts will actually make a difference or be as harmful as other NFTs on the market are perceived to be.

last year, the DC FanDome event had 22 million global views and DC expects this year’s event to surpass that marker. This will be the first “large-scale virtual event with registration powered by NFTs and very likely one of the largest NFT drops ever,” DC said. As usual, DC is trying to go big with its new endeavour. The NFT drop will be on October 5th and fans can see what is new for DC’s future at DC FanDome on October 16th. DC Comics to Release Its First NFT Collection
Next Article 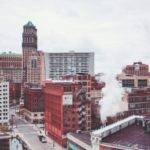