The yAxis project has announced the launch of its yAxis version 3.0 protocol on the fast-growing, high-transactions per second (TPS), low-fee Avalanche network. The move to support Avalanche represents yAxis’ first step to becoming a multichain protocol focused on revenue and ease of use.

Benefits of yAxis on Avalanche

Transaction fees —known as gas — can be prohibitive at times on the Ethereum mainnet. Decentralized finance (DeFi) users with smaller portfolios are often deterred by the costs of using yield-generating DeFi protocols.

On the Avalanche blockchain, transaction fees are lower and transaction speeds are higher by orders of magnitude.

The yAxis project’s version 3.0 can now use the benefits of its speed and low fees to offer 2.5 times more of an APR boost to new retail users.

The yAxis protocol pools users’ funds, deposits them into their respective Convex pools, regularly harvests the rewards, and automatically compounds those rewards.

The AV3CRV and AtriCrypto vaults accept tokens found on the Curve exchange. The AVAX vault supports tokens from Aave, and the Joe vault leverages liquidity pool tokens from the Trader Joe decentralized application.

Bridging YAXIS from Ethereum to Avalanche

New users can find YAXIS tokens on the Trader Joe exchange, allowing them to earn yields on digital assets without leaving the low-gas, high-TPS Avalanche network.

Voting power is crucial for many of the vault’s yield-generating functions, such as the personal boost multiplier (PBM), which lets users receive up to 2.5-times the boost on their rewards. For example, a minimum vault reward APR of 10% coupled with a 2.5-fold boost would result in a 25% APR.

Another component is voting with veYAXIS to steer additional rewards toward users’ vaults of choice. This multi-directional tug-of-war lets users increase their vault APR by increasing the value of YAXIS tokens received.

The veYAXIS tokens are also used in project governance and to vote in key project decisions. 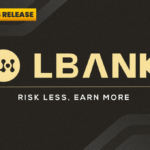 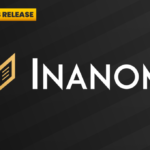