Among the few top-selling crypto artists, Murat Pak is a name that everyone has heard in the Web3 space. Having a unique artistic brand with tons of sold-out pieces, the artist launched Lost Poets NFT, a collectible and strategy game.

When it comes to non-fungible token adoption, blockchain gaming is leading the industry with the highest revenues. Many people believe in-game assets and collectibles hold much more utility than PFP avatars.

Pak introduces a unique strategy-based game that engages players in his artistic world. It is his most intriguing project that utilizes blockchain technology and AI to produce an interactive platform. Here’s all you need to know about Lost Poets:

Before we begin explaining this game, here’s a brief introduction to Pak.

Murat Pak is a Turkish digital artist, developer, and crypto investor widely known for his archive platform Archillect, an AI-based algorithm that picks out images based on people’s interests on social media.

Although he started as an investor, he made his first artist debut when Sotheby’s selected his “The Fungible Collection” for display. The artworks were minted at Nifty Gateway and sold out within a few hours of the drop.

Since then, he has been actively releasing artworks, all sold out on the marketplace via auction. The most expensive NFT sold by Pak is ‘The Merge’ for $91.8M.

With his sophisticated concept designs and meme art adoption, he is one of the best crypto artists to exist in our times. But there’s more to his artistic expressions that drag down the idea of mass production, irrational FOMO, and high culture and give birth to creativity, exploration, and discovery.

The Lost Poets NFT is a dive into Pak’s complex where instead of becoming the authority he welcomes people to join the journey of self-expression and creativity by unleashing art forms known as poets.

What is Lost Poets NFT?

Lost Poets is a collection of 65,536 Obtainable and 1,024 Origin NFTs launched in September 2021 as single edition Pages. These Origins range in 256 different latent genes, making each artwork unique from another.

The storyline of Lost Poets begins in The Library of Babel where 65536 poets are waiting to be discovered through various combinations of words, letters, and texts. It is a fractal labyrinth where 256 selves of poets from 1024 origins are scattered around. The project is an interesting experience to understand art and creativity dismissing the capitalist market and mass culture.

If you’re bored with generative artworks, Pak uses smart AI technology to produce them. Unlike the usual token projects, Lost Poets NFT is more of a communal experience where holders are involved. You can say it’s an advanced form of PFP collection.

The traits range in terms of age, breed, class, ego, genre, latent, origin, and polarity. Each token is a combination of these characteristics, giving full ownership to the buyers on the Ethereum blockchain.

The project is divided based on a secret roadmap posted on the website.

ACT I: THE SALE

Based on the roadmap, the initial mint was called ACT I: THE SALE. 7,586 Pages from the collection were initially airdropped to $ASH holders, a crypto token by Pak.

Anyone who had 25 or more $ASH in their wallet received Lost Poets NFT as part of the benefit while those who held 25 $ASH but didn’t get an airdrop could participate in the pre-sale mint for 48 hours. Each collectible was sold at the mint price of 0.32 ETH.

Later, after 2-3 weeks, the Page token could be used to claim Poets. During this time, the team also distributed Origin NFTs to the top 100 Page collectors based on the leaderboard, which contains the ranking by no. of Pages an individual holds.

Each Page was equal to one Poet but people could choose whether they wish to claim the Poet or keep it as is. The value of the token would remain the same anyway.

The third phase is much more informative and explorative as it reveals the mechanism of the game. 2 Origin tokens are dropped to holders at random. Holders aren’t allowed to claim Poets from Pages; instead, new traits will be unveiled. The Lost Poets NFT could be fed with Pages and also give the owner the right to rewrite the poet’s name or the poem.

This phase also includes rarity traits revealed which are rolled out slowly instead of at once, keeping the holders engaged with the storyline. Currently, the project is at this stage of the project.

This phase is still a mystery because knowing Pak, he can change the project however he wants to without the approval of others. No details about The Twist have been revealed except “Remember, this is a Pak project. Anything can happen.”

According to the website, the artist will introduce a new mechanism, “which will alter the collection’s value structure.”

The project comes to the last phase in which the final form is revealed within 365 days. Pak’s $ASH ecosystem would be available for all Poets; they will be added to the Burn.art high tier and those who burn NFT will receive ashes or $ASH in return.

To explain the Lost Poets game in simple words, the users need to mint tokens, then holders need to make a couple of decisions that take them to different ways, receive Origins based on the $ASH tokens they burn, and continue along with the journey that isn’t sure but holds an interesting future for the holder.

Buying Lost Poets will not only enhance your portfolio and reward back double because of the utility it provides:

All Pak artworks give holders access to the $ASH ecosystem. People can also buy $ASH tokens to receive benefits from the artist such as in the case of the Lost Poets NFT game.

As mentioned above, the holders with more than 25 ASH received the airdrop while other holders were also given a chance to participate in the pre-sale mint. People who had $ASH tokens got hold of maximum Pages while non-holders struggled to get one or had to purchase from the secondary market.

Holders can also burn their Pak digital artwork tokens to earn $ASH in return which has market utility in the exchange platforms.

Why should you buy Lost Poets NFT?

Now that you know everything about this project, why should you buy it? Well, the answer is simple: because it belongs to Pak.

The crypto artist has a long history of being involved in the community and his artworks are worth thousands of dollars. Whenever he drops something, the marketplaces get clogged with collectors and investors because they know it’s worth collecting.

Other than that, you might never find such a high-quality and advanced collection as Lost Poets NFTs. These artworks are quite rare in the market and each token price is higher than most PFP avatars.

Where to buy Lost Poets NFT?

As mentioned above, the collection is completely sold out but you can still buy one from the secondary marketplace on Nifty Gateway or OpenSea based on the price set by the owners.

Note that the price of artworks with fewer rarity traits revealed will be lower than those on the high tier. After all, the rarity characteristics can define the worth of each collectible.

Although the artist wants collectors to appreciate the art process through random rarity assignments, collectors are more focused on what’s valuable and not valuable.

Understanding Pak through Lost Poets has been quite a challenge for many people. His background in coding, developing, and art is combined to create the most realistic yet singular pieces that hold an in-depth meaning which is far more complex than any other existing projects in the Web3 space but this is what makes it fun to be part of.

Through Lost Poets, Pak explores his artistic abilities along with other people. He shares this intimacy with the holders to make them feel included in the project. He wants his collectors to learn something from whatever piece they buy instead of jumping on the hype bandwagon, which is common in the Web3 scene.

All in all, Lost Poets NFT is all about involvement and commitment to the artist solely through his work. Those who can handle this slow process are actively on board.
For more information on Lost Poets visit: lostpoets.xyz 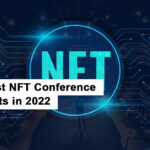 Top 5 Best NFT Conference and Events in 2022
Next Article 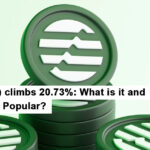