First announced in November 2021, the Gotchi Lending program is Aavegotchi’s improvement on the scholarship model pioneered by other NFT games. Though successful in sustaining asset ownership, the scholarship model falls short in its reliance on trusted relationships between strangers, making it particularly prone to human error.

In contrast, Gotchi Lending takes inspiration from sharing economies of platforms such as Uber and Airbnb, incorporating the benefits of 100% on-chain security and trustless execution. The result is a system with seamless, instant approvals and a robust sharing economy supported by blockchain security.

Gotchi owners can advertise and loan their avatars to borrowers through the Gotchi Lending area on the Aavegotchi decentralized app. They can dictate the duration of the loan, any applicable fees and the reward split between the two parties.

Since the smart contract is designed to lend Aavegotchis with limited rights, borrowers can enjoy P2E in the Gotchiverse but can never steal NFTs. Any Alchemica ERC-20-protocol token or its native eco-governance token, GHST, acquired during the lending period are deposited into an escrow balance, which automatically splits the earnings at the conclusion of the agreement according to the contract terms.

“We do not believe our P2E ecosystem should be cost-prohibitive. With Gotchi Lending, we’ve built a scalable sharing system that provides an easy entry point for anyone to experience the Gotchiverse and a passive income stream for the original owners.”

Gotchi Lending is also an attractive feature for gaming guilds that want to lease their Aavegotchis or supply their members with NFTs. Guilds can whitelist their members’ addresses and allocate earned funds to their treasury wallets. Ultimately, the model offers an advantageous market for those who can apply the best settings to the right Aavegotchis.

Compete for player rewards by earning experience points, leveling up and increasing the rarity of Aavegotchi friends. The platform is governed by the Aavegotchi decentralized autonomous organization and its native eco-governance token, GHST. Visit Aavegotchi.com today and join the future of decentralized finance-staked NFT avatars. 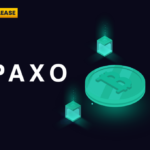 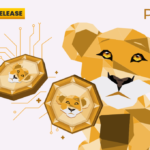 PolyCub: The next generation of DeFi-yield optimizers has arrived
Leave a comment