2022 has been an immaculate year for the NFT world. With so many projects coming out every month, Moonbirds NFT takes first place as the highly anticipated collection with over $500M in sales.

As PROOF Collective’s first project, these Owl-like pixelated PFPs completely sold out within a few hours; an opportunity missed for those who didn’t mint. Here’s everything you need to know:

Since last year, blue-chip NFTs have always ranked higher and are considered relevant. Whatever collections came in between either fell out or failed to compete with the likes of BAYC or CryptoPunks, until Moonbirds NFT.

Those who aren’t familiar with Kevin Rose or PROOF won’t know how important this collection is for the NFT community. Anyone who holds these PFP NFTs is considered just like anyone with a Bored ape or a WoW. So, what really is this collection about? And what’s all the hype about?

What is Moonbirds NFT?

Moonbirds is a 10,000 NFT collection featuring 8-bit randomly generative artworks of owl-like PFPs launched on the Ethereum blockchain on April 16, 2022. The project massively gained popularity because it is created by Kevin Rose, a famous internet entrepreneur and the founder of Digg.

Each owl features a combination of rarity traits such as feathers, eye patches, mohawks, headbands, and colored eyes. The mint price for each avatar was 2.5 ETH, which is around 7,000 dollars.

When Rose first dropped this collection, he also announced that the NFT holders would receive access to PROOF Collective’s Discord community; this resulted in huge demand for the collection as soon as it dropped.

Moonbirds NFT collection was mainly dropped for PROOF members. In fact, the first 2,000 NFTs were awarded to PROOF members, each could mint 2 Moonbirds for free before the public sale. The rest of the 7,875 NFTs went out via a waitlist, available for other people to join PROOF’s bandwagon.

What is Proof Collective?

PROOF Collective was launched in 2021 by Rose featuring 1,000 passes to create a community of high-class personalities. It is one of the elitist communities in the NFT space that every entrepreneur would want to join to grab opportunities.

At first, PROOF was all about Rose’s podcasts where he talked about the NFT industry; however, these podcast episodes can only be accessed by pass holders. They also enable members to participate in the ecosystem and benefit from the wide range of utilities such as collaborations, access to the private Discord server, meet-ups, and priority NFT drops.

As of now, the PROOF members are all early collectors, artists, developers, and entrepreneurs who own 153,940 NFTs altogether, based on the official website. Recently, the ecosystem raised a $10M investment from the founder of Reddit, Alexis Ohanian’s Seven Seven Six VC.

Although Kevin Rose is the main character of this collection, there are many other Proof members who contributed to the success as co-founders namely, Justin Mezzell, Ryan Carson (former), and Ryan LeFevre.

Mezzell is the original artist who drew the NFTs’ pixel art and also founded the Proof platform. All traits were created by him but then generated randomly to create the generative PFP NFTs of 10,000, each having a distinct combination of those characteristics.

Another team member from Proof involved with this collection is Josh Cook, who is also the president.

Moonbirds NFT has gone through some major leadership changes over the months. Since PROOF is a community of professional individuals with their own projects, a few of them participated in the collection development but later left for personal reasons.

PROOF has always been transparent about what’s happening behind the scenes, and this is how they have gained a lot of trust in the NFT community.

Recently, Ryan Carson, the co-founder of PROOF stepped down from his position with the reason that he wants to focus on investing in NFTs instead of being responsible for a project. There has been controversy that he bought Moonbirds worth $580,000 on the day they dropped from the secondary market, later Rose came on Twitter Spaces to explain that Carson was still part of the community, dismissing all the allegations.

To judge any NFT project, the fund distribution shows the success rate in the long term. Here’s how the Moonbirds team distributes earnings and NFT sales:

In recent news, Kevin Rose announced that the Moonbirds NFT collection is listed as CC0 or Creative Commons License. The holders now have the freedom to explore various utilities from the NFT by dropping their own projects based on their collectibles.

A lot of collections don’t allow owners to use their NFTs for commercial purposes but Moonbirds took the initiative to expand the collection’s brand and image to the world by letting owners experiment on their own.

This means Moonbirds NFT is essentially a utility-enabled CC0 collection. The holders can launch their own brands, drop merch, open themed restaurants and even use them for collaborations in the Web3 space. This is the biggest benefit of owning a Moonbird now.

Moonbirds Oddities is the second collection by PROOF featuring 10,000 ‘Moonbird pellets’ created by the famous artist Gremplin launched in July 2022. Each Oddity comes from every Moonbird as it is a skeleton of 12 different kinds with a unique set of traits, just like the original collection.

Oddities are basically the remaining skeleton bones and structures left behind by owls after they’re done feasting, designed in a pixelated art style.

These NFTs were given as rewards to those who “nested” their NFTs for a long time. Others had to mint it from the marketplace.

Utility: Why should you buy Moonbirds

While we’re discussing utility, you might be wondering, Aside from this being a project by a famous person, why should you buy this collectible, what’s the benefit to the holder?

Other than that, there are mainly two utilities that have grabbed everyone’s attention: Nesting and the upcoming Metaverse platform.

Nesting or “soft staking” is a unique concept that allows owners to nest or lock up Moonbird NFT in their wallets. As soon as you nest them, a timer will start counting, the more time you keep your Moonbird locked, the more the attribute level will rise. Then, the team will reward holders based on their attribute tier level.

However, Moonbirds that are kept for nesting cannot be sold in the secondary marketplace until they finish their time period to complete a certain level.

Moonbirds team is aiming for the metaverse, like many collections. According to the official website, the holders will receive access to Highrise, the upcoming metaverse platform solely made for the PROOF community.

This is a great opportunity for those who wish to join or work with high-class personalities. “The PROOF-built metaverse will be a dramatic departure from the existing ‘never-ending’ worlds that feel like a digital ghost town,” the website reads.

PROOF as a Media Company

According to Rose, Moonbirds is the first step to building PROOF new media company in Web3. In a video, he shared that all the revenue capital collected from the collection will be used to better the company and pay back to the community with different projects.

So, unlike other collections, PROOF wants to stay long-term in the market as a brand.

Why is Moonbirds NFT so expensive?

If you go to OpenSea, you will see the collection listed for over 9 ETH in the secondary market. For only a few months old project, this is really expensive. Many people wonder why the prices are so high for Moonbirds NFT. The reason is the team and the amount of success it has recorded in the past year.

PROOF has continuously proved itself to be the most valuable community. Its other projects are selling for millions of dollars. Now, Moonbirds is also a million-dollar collection. Its reputation alone is enough to make it expensive.

When talking about the team, Kevin Rose’s Digg website was such a big success in the early internet days. Having an image of an early investor and profiter, his followers are attracted to whatever projects he picks.

But the most important aspect of this collection is the utility-enabled feature. Instead of just keeping it in the wallet, you can actually increase its value by nesting it. The PFP NFTs will also be used as avatars once the metaverse rolls out, so holders have nothing to lose in owning this collectible.

Where to buy Moonbirds NFT?

Unfortunately, the Moonbirds NFT collection is sold out, so you can only buy it from the secondary marketplace such as OpenSea, Rarible, etc. However, you should know that buying a Moonbird isn’t cheap, you need to have at least 30 ETH to buy a good NFT.

For rare ones, you might have to spend over $600,000 because their demand is high and everyone is in competition to grab those.

Seeing the hype over Moonbirds might have made you curious about who owns these NFTs and who is part of the PROOF community. Here are the famous holders:

Along with the collection drop, Rose also announced the formation of Moonbirds DAO where holders can earn from the project and also have the governance vote for proposals.

A decentralized Autonomous Organization is a gathering of major NFT holders who sit together to decide how the project should move forward through voting.

Based on the latest news, the DAO will be seeded in early 2023 for $2.6M worth of NFTs and crypto assets. According to Rose, this organization will “empower creatives that are building towards furthering the Moonbirds ecosystem, reputation, and lore.”

The secondary sales from Oddities, Moonbirds, and the upcoming third collection will all be transferred to the DAO’s treasury.

Recently, PROOF raised $50M in a funding round led by a16z, participated by 776 and other companies. According to the team, these funds will be used to launch a brand-new collection called Moonbirds Mythics featuring 20,000 PFP avatars whose licensing will be handled by Moonbirds DAO in 2023.

The team announced the launch of its third NFT collection was in development on Aug 30 during the Future Proof. Based on the statement, the company aims to maintain the demand for the NFTs in the market, so holders who burn their Moonbird or Oddity NFT will receive a Moonbird Mythic in return, while the nested owls might also receive one or two based on their tier level.

PROOF also hinted at a social platform launch and a proper ecosystem with a token of its own for Moonbirds holders.

Moonbirds have achieved a lot considering it’s a really new project and it’s all thanks to the professional team that has extensive knowledge about Web3 and NFTs. Most rookie collections go through ups and downs, but this one has managed to remain stable despite the bear market.

There’s no doubt in saying that once the NFT market picks up a bullish pattern, Moondbirds NFT will also rise to the highest peaks.

Although PROOF hasn’t shared any roadmap about Moonbirds’ future prospects, the team and collection’s reputation is enough to make the future look promising. 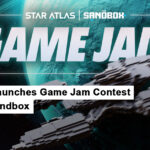 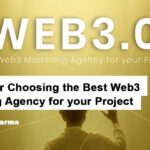