Local governments in Beijing, Shanghai and other cities are all-in on the metaverse to attract new business investments. By 2025, the Shanghai City Government intends to escalate its efforts to establish a $52billion metaverse industry. The metaverse is evolving as a technology garnering the attention of the world’s leading nations and cities.

More than half a year ago, the metaverse was a novel concept few Chinese people knew. However, sensations surrounding virtual technology have been reverberating across the country, piqued in recent days with the debuts of a host of metaverse-themed experience halls – crowded with tech-savvy visitors as well passionate technocrats and entrepreneurs – at virtually every global event hosted in China.

A policy paper released by the Shanghai city government on July 8, 2022, outlined its developmental plan to cultivate a metaverse industry worth 350 billion yuan ($52 billion) by the end of 2025. Chinese media then reported the Shanghai city document marked the first time a local government mentioned the metaverse in its plans for implementing Beijing’s five-year plan released in March. 2022.

The development action plan refers to the Metaverse as a new generation of information technology integration and innovation that would drive the growth of the internet toward Web3. The innovation plan focuses on promoting the development of Metaverse-related industries and helping Beijing build a benchmark city for the digital economy.

The government plans to create development clusters or supercomputing centres for the metaverse. These developments will positively impact other local technology industries, boost economic development, and attract talent. It will ensure that China builds a metaverse on its terms instead of letting others dominate.

In the “Shanghai Action Plan for Fostering Metaverse (2022-2025)”, the government sets the following goals for the metaverse development:

As early as the beginning of 2022, promoting the development of metaverse industries had appeared in the governmental reports of many cities, including Wuhan, Hefei, and Chengdu, all of which is China’s leading tech cities after Beijing, Shanghai and Shenzhen. 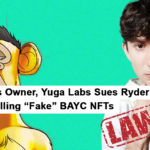 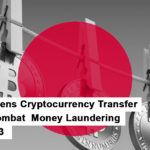