Kraken exchange has announced the launch of the “Kraken NFT” marketplace BETA to the public. The trading platform offers zero gas fees with 200+ cryptocurrency compatibility, set to revolutionize the NFT world.

Founded by Jesse Powell, the exchange has gained global recognition as one of the most stable platforms in Web3. Now, the company is expanding into digital collectibles by introducing a new NFT marketplace.

According to the official statement, the new platform will list various kinds of collections, giving collectors more options to explore the technology, navigate through, and own digital assets in a safer environment.

Through this marketplace, the company aims to promote not only non-fungible tokens but also cryptocurrency mass adoption across the world. Kraken NFT aligns with the exchange goal to lead the general public in the Web3 space.

For collectors, it offers an advanced rarity ranking tool, zero gas fees, and is also supported on Cryptowatch to access real-time data on the platform via the NFT screener tool.

For creators, it has introduced Creator Earnings, in which the original artists will be paid back a portion of the NFT’s value sold on the marketplace. The Kraken team shared they want to promote creativity and a positive environment within the NFT space for creators.
Users can access the Kraken NFT BETA right now and see all listed 100+ best-selling NFT collections including Azuki, 3Landers, Alien Frens, Bored Ape Yacht Club, Cool Cats NFT, CryptoPunks, CyberKongz, and many more. 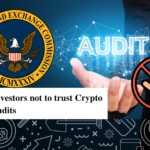 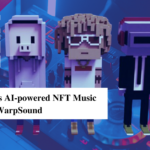